Musician to forefront in opposing practice 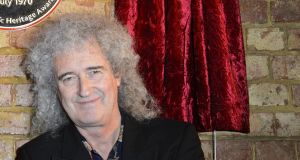 Queen guitarist Brian May said the experience of badger culling in Ireland has shown that the process does not work.


Queen guitarist Brian May has described the Irish policy of culling badgers as “utterly laughable” and has vowed to help those opposed to the practice in Ireland.

Dr May has been to the forefront in opposing attempts by the British government to control TB outbreaks in cattle by culling badgers.

In an interview with The Irish Times, Dr May said the experience in Ireland of badger culling, which began in 1985, has shown that the process does not work.

“We have a government in the UK which is claiming to be embarking on a science-based cull of thousands of badgers. Every scientist in the field is saying that it is not going to work for a start, and it is not ethical and it is going to drive a huge wedge between the normal people of Britain and farmers.

“I know that in the region of 90,000 badgers have been killed in Ireland over the last 15 years or so, but Ireland still has a bovine TB problem.”

Dr May will feature in an interview in The Irish Times science page on Thursday.

HSE eyeing private hospitals in the event of new Covid wave 01:14
War and romance behind 147 unbroken years of the Nationals 01:00
‘Deep and urgent threat’: Martin defends midlands lockdown 01:00
Midlands lockdown: Movement restrictions in place for residents of Kildare, Laois and Offaly 00:06
Georgie Kelly on the double as St Pat’s move up to fourth 23:09