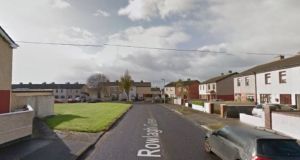 A postmortem is due today on the body of a man (74) who was found on Friday with serious injuries in Clondalkin, west Dublin.

Emergency services were called to a home in Rowlagh Green, Clondalkin, at 8.45pm on Friday, where they attended the man (74) with serious injuries.

He was taken to Tallaght Hospital but died shortly afterward.

A Garda spokesman said “it is believed that there was an earlier domestic dispute at the house”.

Gardaí have arrested a man (47) after detaining him in Lucan on Saturday.

The suspect is being held at Lucan Garda station under the provisions of section 4 of Criminal Justice Act 1984 as amended.

Ronanstown Garda station are appealing for any witnesses, or anyone with information, to contact the station at 01-6667700.