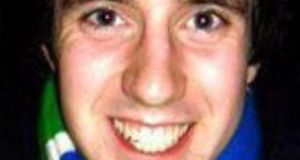 A Leitrim mother has said she felt as if she had been “slammed against a wall” after hearing that the young man convicted of the manslaughter of her son, is being sought by police in Australia in connection with two serious assaults.

Warrants have been issued for the arrest of Patrick Farrell, following a recent stabbing in Sydney in which a 30-year-old man’s ear was almost severed, while police in New South Wales also want to question him about a one punch assault when led to a 56-year-old man being hospitalised.

Joe and Rosie Dolan, parents of Andrew Dolan, who died following an unprovoked assault on Christmas Eve 2011, say they are distressed and angry by media reports that a man jailed following their son’s death is now on the run in Australia.

“Our first reaction was we just didn’t want to know,” said Joe Dolan. “And then, on reflection, we became cross because nothing was learned.” He said the news “made a mockery” of his wife’s campaigning against random street attacks and her pleas to young people not to put their opportunities for travel and work, at risk by lashing out.

In July 2013 , Patrick Farrell (21) of Cornamuckla, Broadford, Co Kildare, was jailed for three and a half years for the manslaughter of Andrew Dolan a 20-year-old student of biomedical science at NUI Galway. Two other young people were convicted of assaulting the Carrick on Shannon student.

His parents have been disturbed by reports that the man who was found to have inflicted the fatal blow during the unprovoked street assault is being sought by police in Australia.

“I am angry because no lessons have been learned and because unfortunately other people now have suffered catastrophic injuries . It should not have happened,” said Mr Dolan.

Rosie Dolan said she had always imagined that after 10 years she would hear from the young man responsible for the blow which killed her son.

“I had this image that when it came to the 10th anniversary – it is actually nine years now – that I would get a tap on my shoulder and I would have this crying boy, the same age as Andrew – he was 20 when he hit him and Andrew was 20.

“I expected to see this guy in floods of tears and wanting to apologise, and that was taken away from me .”

Ms Dolan who has supported the Garda “Use your Brain not your Fists” campaign said she didn’t know if she would have forgiven her son’s assailant “but I expected that he would have come to me for forgiveness and I thought that would be an important finishing off of what we have been through”.

She said reports that the man had been one of a group of Irish men involved in a stabbing in a Sydney suburb at the end of August made her feel as if she had been “lifted up and slammed back against the wall”. It was “a hundred times worse” to think that the attack on her son wasn’t a once off, out of character act.

“I liked to think that it was somebody who went too far that night, someone who had never done that before and would never do it again. That made it a bit easier to accept.”

Police in NSW have appealed for the public’s help to locate Patrick Farrell (29), who they say is wanted on two outstanding warrants for a stabbing in the Randwick area of Sydney last month and an assault in Matraville in November last year.

“Detectives from Eastern Beaches Police Area Command have conducted extensive inquiries into his whereabouts but have been unable to locate him”, according to the NSW Facebook appeal.

According to media reports in Australia , Farrell was one of a number of people involved in a stabbing in Randwick on August 29th in which a man’s ear was almost severed. An Irish couple have been charged in connection with the incident.

NSW police also want to question Farrell about a one punch assault on a 56- year-old man in a beer garden of a hotel at Matraville in November last year.

Australia’s Department of Home Affairs said it could not comment on individual cases due to privacy legislation. In general, it said, non-citizens who posed a significant risk to public safety would have their visas cancelled.