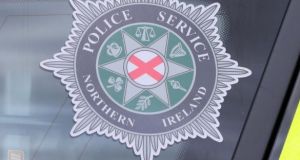 Police have described as “disgusting” an attack on a pensioner in his 80s who was treated in hospital after being pinned to his bed during an aggravated burglary on his home.

The victim also sustained cuts to his arm as he tried to defend himself during the incident at Granville Gardens in Banbridge, Co Down.

Police were alerted to two men having forced their way into the elderly man’s home at around 7pm on Saturday.

The resident was upstairs at the time when the two suspects entered his bedroom.

One was described as having a heavy build while the other was of thin build.

According to police, the heavier of the two “pinned” the victim to his bed and the pensioner was injured during a struggle in which he sustained cuts to his arm.

The suspects made off with the victim’s wallet, gardening equipment and two phones. The elderly man was taken to hospital following the attack.

“The suspects chose to attack a vulnerable man and subjected him to a horrendous ordeal,” he said.

“It must have been terrifying for him.”

Sgt Johnston appealed for anyone with information about “this disgusting crime” to get in touch with detectives in Lurgan.