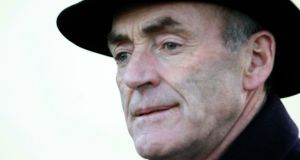 One of the two informants who say they have information about substantial assets the Quinn family are hiding from the Irish Bank Resolution Corporation was previously charged but acquitted of a criminal offence.

In a lengthy affidavit to the High Court in London earlier this year, IBRC joint liquidator Kieran Wallace said that on February 7th, 2013, a partner with Arthur Cox solicitors, who was representing the bank in wholly-unrelated litigation, was approached by well-known and respected criminal law solicitor Michael Staines.

Mr Staines “informed the bank that he had two former clients who had information pertaining to the assets held by the Quinn family”. The solicitor himself did not have the information.

The bank’s then chief executive Mike Aynsley was immediately told. The informants asked through Mr Staines that an agreement be reached “to recompense them for providing information”.

Corporate investigators Kroll and the Garda were consulted. As far as could be ascertained, the informants had no direct relationship with the Quinn family or any of the other defendants in the so-called conspiracy case being taken by the bank, Mr Wallace said.

One of the informants was resident in Spain and the other in Ireland, and neither had a criminal record, although one had been prosecuted for a criminal offence but acquitted.

The liquidators eventually reached a deal with the men that they would get 3 per cent of any cash recovered.

Mr Wallace said the informants have “provided information suggesting that there are €500 million of hidden assets”.

“If they prove to be right about that, and the assets are recovered, the informants will be in line to receive €15 million.”

Following the agreement being signed, the informants provided the bank with details of a bank account with the Commercial Bank of Dubai, Banyas Branch, in the name of Bahram Khan LLC.

On August 30th, 2013, Mr Wallace met one of the informants in the presence of solicitors from Arthur Cox and Michael Staines, and was told the Quinn family had invested very large sums in gold.

“He said he had obtained the information which was being provided to the bank from a third-party source.

“I do not know the identity of the original source.”

Mr Wallace said the informant told him the third-party source “was in a position to gain access to the information but would have to remain strictly confidential”.

Email addresses subsequently given to the bank tied in with other email information that had earlier been retrieved by the bank from a broken computer server in a commercial premises in Moscow formerly owned by the Quinns.

Copies of a small number of emails from email addresses the informants said were linked to the conspiracy were also provided.