One in six gardaí suffer from PTSD, study suggests 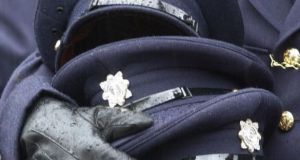 Speaking at the Garda Representative Association conference in Wexford, Garda Lisa McEntee said she has been assaulted multiple times during her 16 years of frontline policing. File photograph: Bryan O’Brien

Over one in six gardaí suffer from Post Traumatic Stress Disorder (PTSD), a study of well-being in the force has found.

Seven gardaí have taken their lives in the last twelve months and the force has only nine members trained in Critical Incident Stress Management, for a force of nearly 14,000, according to outgoing president of the Garda Representative Association (GRA), Gda Ciarán O’Neill.

“It’s time for us all to recognise that it’s okay not to be okay. Our job is unique and it does require the backup services to ensure that our members’ well-being is fully catered for. Our welfare service is stretched to the limits and replacements and additional staffing is taking far too long,” Gda O’Neill will tell the commissioner at the association’s annual conference in Wexford.

Garda Lisa McEntee said she has been assaulted multiple times during her 16 years of frontline policing including one occasion where a woman knocked her glasses off and scrapped her nails down her face.

“This happens on a daily basis throughout the country. I’ve had colleagues who have had broken legs, broken arms, broken toes,” she told The Irish Times.

She said she has to look to her colleagues for support. “You just sort of dust yourself off. If one member gets injured we all support each other in that.

“It’s expected of us to keep going and keep supporting the public. I know after I was assaulted the next incident I had to go to was outside a nightclub and I got nervous, I started shaking a bit. But I had to go ‘look I have to pick myself up here, I have to protect people here’.”

According to a study detailed at the conference, about 27 per cent of gardaí suffer from some sort of mental distress as a result of their work, either PTSD or “sub-threshold PTSD”.

“Effectively one in four members may be ‘walking wounded’ as I would describe them in terms of distress and impairment in their lives as a result of trauma,” said Dr Finian Fallon who completed the study which involved 2,204 garda members.

This trauma has a “huge” impact on the performance of gardaí and on their interpersonal relationships, Dr Fallon said. It also impacts members of the public who have to deal with over-stressed members.

The PTSD rates for the force are comparable to other European countries but the support services are far below par, he said.

At present gardaí receive six phone calls to a counselling service if they suffer from PTSD or a similar illness, although more sessions can be allocated in serious cases.

Dr Fallon said one of the reasons he initiated the study was because he rang up the garda counselling service as a test and was told there was no one available.

“Accessing counselling is really not good enough for an organisation as large and as financially powerful as An Garda Síochána . It’s very important that people get quick access to treatment especially for people with PTSD as it has implications for suicide,” Dr Fallon said.