Number of people charged with domestic violence surges amid pandemic 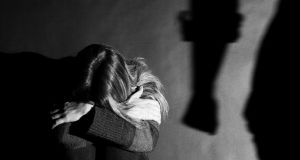 Domestic violence has surged since the start of the pandemic, with the number of people charged with related crimes last year rising by almost a quarter to 7,600. Image: iStock.

Domestic violence has surged since the start of the pandemic, with the number of people charged with related crimes last year rising by almost a quarter to 7,600.

Garda sources said there was a significant increase in coercive control cases last year, which are often among the most extreme forms domestic violence.

While there have been three convictions to date for coercive control, data obtained by The Irish Times show there were 59 such cases recorded last year, up from 29 in 2019.

Gardaí warned at the start of the pandemic they expected a significant increase in domestic violence, especially as victims would be forced to spend more time at home with their abusers, most of whom are men.

Operation Faoiseamh was put in place to reach out to those at risk of domestic violence and monitor known or suspected offenders. It comes after Garda reforms in recent years have sought to overhaul how the force tackles the issue.

The Garda Protective Services Bureau (GPSB), which has led the operation, has also stressed that Covid-19 related travel restrictions would not apply to people fleeing violent or abusive situations.

Some 23,785 contacts or attempted contacts were made by gardaí with victims of domestic abuse since the operation on April 1st.

A total of 43,000 calls to respond to domestic violence incidents were received last year, up 16 per cent on 2019. More than 4,000 criminal charges have been brought against people for breaching domestic abuse court orders - which include barring orders - an increase of 25 per cent.

In total, 7,600 criminal charges were pressed against suspects for a range of domestic violence crimes last year, an increase of 24 per cent.

As well as the GPSB, the specialist national unit in charge of protective law enforcement and which also deals with sexual violence, Divisional Protective Service Units are now operating across the State. Divisional Victim Services Offices are also supporting frontline gardaí dealing with vulnerable or at-risk victims.

Previously domestic violence crimes were often treated as a private matter or gardaí had either limited contact or no contact with a victim if they decided against making a formal statement of complaint.

However, the approach now aims to aid and support victims, even if they do not feel they can make a formal statement of complaint required for a criminal investigation into their abuser.