Mitigating factors: Why Humphries’s sentence was so lenient 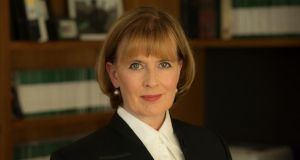 Tom Humphries case: Judge Karen O’Connor, who was appointed to the bench in 2014, is regarded as fair and compassionate, but she does not have a reputation as a tough sentencer

One year, seven months and seven days. That’s how long Tom Humphries is likely to spend in prison, give or take a few days.

Although Judge Karen O’Connor imposed a 2½-year term the former Irish Times journalist can expect to benefit from enhanced remission of a third off his sentence, and he has already served three weeks in custody. So he can expect to be released by the end of May 2019.

The reaction to the sentence handed down by Judge O’Connor, for grooming and sexually abusing a teenage girl, was immediate and unanimous. Commentators and victims’ groups said she had got it badly wrong. Some on social media even called for her resignation.

Judge O’Connor, who was appointed to the bench in 2014, is regarded as fair and compassionate, but she does not have a reputation as a tough sentencer. Even so, the leniency she showed on Tuesday caught even the defence lawyers slightly off guard. Legal sources told The Irish Times that Humphries had been told to expect a three- or four-year sentence after pleading guilty to two counts of defilement of a child and four counts of inviting a child to participate in a sexually explicit, obscene or indecent act.

“Defilement” is a strange charge. The word suggests it is a law left over from the 19th century, but it was actually introduced only in 2006, in response to the Supreme Court’s striking down of previous laws dealing with so-called statutory rape.

Because the Director of Public Prosecutions charged Humphries with defilement rather than sexual assault, the judge was relatively limited in her sentencing options. Had he been prosecuted on the basis of being in a position of authority over his victim, Judge O’Connor could have imposed a maximum term of 10 years. But, although he encouraged the girl to play camogie, he never coached her, so Humphries had not been in a position of authority in a strict legal sense – notwithstanding the fact that he was a 47-year-old man grooming a 14-year-old. That meant he was subject to a maximum of five years in prison.

On the grooming offence, Judge O’Connor could technically have imposed a life sentence, under the Criminal Law (Human Trafficking) Act 2008, but the courts have never given jail terms of more than five years for grooming.

Judge O’Connor was further constrained by previous sentences. Last year, for example, a 26-year-old Dublin man was jailed for three years for having sex with a 15-year-old girl he met after grooming her using a fake social-media profile.

Judge O’Connor was also required to give Humphries a substantial discount for his guilty plea; in some cases these are worth a reduction of up to a third of a sentence. The lateness of Humphries’s plea – he made it only six years after his abuse was uncovered – substantially reduced this.

The judge also seemed to accept the defence’s view that Humphries suffers from numerous medical conditions, further reducing his sentence.

All these factors contributed to what victims’ groups have described as a lenient sentence. The prosecution is unlikely to appeal, but if it decides to do so it might be able take issue with the significance Judge O’Connor appeared to place on Humphries’s fall from grace.

Even there an appeal is unlikely to succeed, however, as the Court of Appeal has previously accepted that the loss of a privileged social position is a mitigating factor, even when that fall is brought about solely through serious and predatory sexual offending.