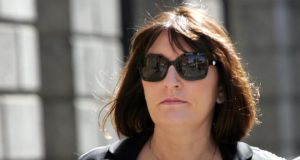 Independent Newspapers is to challenge Ireland’s defamation laws at the European Court of Human Rights, claiming that a €1.25 million libel award to communications consultant Monica Leech had a “serious chilling effect” on freedom of expression.

Ms Leech was awarded €1.87 million in 2009 by a High Court jury over a series of articles published in 2004 in the Evening Herald. A three-judge Supreme Court last December reduced the figure to €1.25 million – the highest that court has approved in a defamation action.

The case arose from a series of articles which Ms Leech said implied she was having an extramarital affair with then environment minister Martin Cullen, which was strongly denied. In the High Court, the jury found the words complained of did incorrectly suggest she had been having an affair and awarded her what was the highest ever libel award at that time.

The publisher argues the monetary sanctions that can be imposed on defendants in defamation cases, including the size of the payout in the Leech case, are “wholly excessive and altogether too severe”.

The challenge will centre on one of the most contentious aspects of Ireland’s defamation regime: the limitless discretion for juries to select arbitrary – and at times enormous – damages.

The Leech case pre-dated the Defamation Act 2009, which allowed judges to give more directions to juries on the assessment of damages. Independent Newspapers says the 2009 Act introduced some “limited changes” to the law on damages but did not significantly alter the legal landscape.

The Leech jury settled on €1,872,000, but gave no analysis or breakdown of how it arrived at that figure. Last December, the Supreme Court, in a 2-1 decision, reduced the award to €1,250,000. The lead judgment, by Ms Justice Elizabeth Dunne, did not explain how the new figure was arrived at. Mr Justice John Murray agreed with Ms Justice Dunne’s figure, but did not write a judgment.

Prior to the Leech case, the highest award approved by the Supreme Court was £380,000 in a case taken by then Democratic Left leader Proinsias De Rossa over a 1992 article in the Sunday Independent. Independent Newspapers estimates the De Rossa award, when index-linked to 2014, was the equivalent to €530,000 last year. It notes that the Supreme Court, in Ms Justice Dunne’s judgment, expressly accepted that the libel in the Leech case could not be classified as “one of the most serious libels to come before the courts, such as that in the De Rossa case”, but then proceeded to award Ms Leech more than double the figure given to Mr De Rossa.

Deciding on damages in defamation cases is an inexact science with a large subjective element, but some legal systems try to guide juries so as to ensure awards are proportionate.

In its submission to the European court, Independent Newspapers argues that the very precision of the jury award in the Leech case – €1,872,000 – demonstrates its “irrationality and unpredictability, in the absence of anything in the evidence to justify a precise figure”.

The Strasbourg case, which is not likely to go to hearing until next year, comes as the Department of Justice prepares for a scheduled review of the 2009 Act. The review is required by law five years after the Act came into force, but a spokesman said no time frame had been fixed as it was “subject to competing legislative priorities”.

Newsbrands Ireland, formerly the National Newspapers of Ireland, is supporting the case taken by Independent Newspapers. Patrick Smyth, a duty editor of The Irish Times and a Newsbrands Ireland representative on the Press Council, said the national newspapers and The Irish Times were “deeply concerned” about the scale of the damages in the Leech case and the threat that damages on such a scale represented to media freedom.

He also said damages of this order seriously threatened jobs in an industry under financial pressure. “In this case the award represents the annual salaries of more than 15 journalists. The damages bear no relation to any reasonable assessment of suffering.”

Smyth said the 2009 Act was supposed to reform a defamation regime that was among the most oppressive in the world but had not done so. “Neither those mistreated by the media, nor the media, are served by a system that is essentially a rich man’s preserve and a lawyers’ dream,” he added.