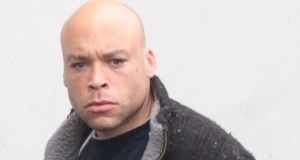 Following his conviction for the 1997 double murders of Mary Callanan (61) and Sylvia Shiels (60), Mark Nash will be serving four life sentences

Following his conviction for the 1997 double murders of psychiatric patients Mary Callanan (61) and Sylvia Shiels (60), Mark Nash will be serving four life sentences.

He has been in prison since August 17th, 1997; the day after he killed Catherine Doyle (28) and Carl Doyle (29) at their home in Caran, Ballintober, Castlerea, Co Roscommon.

He had killed Ms Callanan and Ms Shiels, neither of whom he knew personally, in a completely unrelated attack just four months earlier.

The now 42-year-old Nash is believed to be the first person in the history of the State to kill two people in two separate incidents, outside of those involved in terrorist offences.

When he was arrested for killing the Doyles, of his own volition he admitted in questioning that he had carried out the Callanan and Shiels murders, though he retracted that statement the following month.

Had he persisted with the confession and gone on trial and been convicted, he would now be 18 years into his life sentences.

That is a period of imprisonment after which most lifers are released or are being readied for freedom with day release and transfers to open prisons. However, Nash falls into that category of lifer who can expect to spend most, if not all, of the rest of his days behind bars.

Nash was an only child, born in Mayo in 1973. His mother returned to England after a year and settled in the Bradley area of Huddersfield. Her son attended a local primary school and went to All Saints High School, the Catholic high school in Huddersfield.

He left home aged 18 years, moving into a succession of flats and bedsits, staying longest in a flat two miles outside the town centre.

He was exposed to soft drugs from a young age and after leaving home he mixed with local petty criminals and drug dealers.

In 1990 he received a light sentence for assaulting a young woman in Huddersfield.

Nash’s arrest in Ireland for the murder of Catherine and Carl Doyle led to the re-investigation of a murder case in Huddersfield dating from 1996, at a time when he was still in the West Midlands area.

The murder was that of Mrs Dorothy Wood, a 93-year-old woman who lived alone in the Fartown area of Huddersfield in the spring of 1996. A local petty criminal, Mark Dallagher, had been charged with the murder.

The authorities contended Ms Wood was smothered in the course of a burglary. Dallagher, who denied murdering Ms Wood, is a former associate of Mark Nash’s and says he murdered the invalided pensioner.

This led the Crown Prosecution Service in Leeds to send two detectives to speak to Nash in prison in Ireland 1998.

The British authorities discounted Nash as a suspect and Dallagher was put on trial and convicted of the murder.

The case made legal history because it was the first time an ear print had resulted in the conviction of a killer. However, after spending six years in jail, Dallagher was freed after the forensic evidence against him was found to be flawed.

In 1995 Nash disappeared from Huddersfield, apparently as a result of threats from a local criminal who went on to serve a 10-year sentence for robbery and causing grievous bodily harm.

Nash moved to Leeds but again fell foul of criminals and moved to Dublin in October 1996 with his then heavily pregnant girlfriend Lucy Porter. Their daughter was born in Ireland the following month.

He had been to Ireland previously to visit grandparents in Mayo.

Nash and Ms Porter lived in a flat on Prussia St in the north inner city. Nash found work in a sales company in the city and Ms Porter worked shifts in Eddie Rocket’s restaurant on O’Connell St.

When the need for childcare arose, their baby was looked after by a woman living in a flat below them.

Nash went to a table charity quiz in the GPO with colleagues on the night of March 6th, 1997, and got “quite drunk”.

Afterwards he went with colleagues to Eddie Rocket’s and stayed there for an hour before walking back to the Prussia St flat with Ms Porter, buying cigarettes on the way.

She then went back to work and did not return home until 7am.

It was in this period that the Grangegorman murders occurred, not far from their Prussia St flat.

Ms Porter said Nash had collected their child when he had reached the flat the previous night and was in bed when she got home. She noticed nothing unusual at the time.

But she said Nash did not like showering, yet started to take a lot of showers from March 1997; often several times per day.

The relationship ended a short time later and Nash moved out of the Prussia St flat in May 1997, though he still had access to his baby daughter.

There was evidence at his trial that Nash was promiscuous and Ms Porter believed he was having sex with a large number of people.

She also said when news of the Grangegorman killings was covered in a television report Nash had said to her “what type of a place have we moved to” or words to that effect.

In April 1997, a month after the Grangegorman killings and as his relationship with Ms Porter was ending, Nash was in the Vatican nightclub in Dublin city centre and met 19-year-old Sarah Jane Doyle.

From Harstown in west Dublin, she had dropped out of school a few years previously to work in a Supervalu supermarket, and had had a baby three weeks before meeting Nash.

She told gardaí of the initial encounter: “He was foreign-looking, had curly hair and was with his three friends in the nightclub. I talked to him all night and danced with him.

“He was drinking Southern Comfort. He sold advertising on bus shelters and said he lived in a flat.”

Their relationship developed quickly, and both would meet each other with their babies, with the first meeting taking place the day after they met.

A month after the nightclub encounter, Ms Doyle moved to Prussia Street, though Nash’s previous girlfriend was also living there at the time.

Ms Doyle told gardaí of their later movements: “We got a flat then on Manor Street for three weeks but it wasn’t suitable and we then moved to Clonliffe Road. Mark was then offered a new job with Dublin Direct.”

On August 15th, 1997, Ms Doyle decided that she, Nash and the two children would visit her sister Catherine and her husband Carl for two nights in Roscommon.

They had moved there with their four young children – three girls and a boy, aged between one and seven years at the time – as part of a rural resettlement scheme.

Nash and Ms Doyle had a row in their Dublin flat two days before travelling to Roscommon, during which a television was broken.

They made the trip to the countryside by train with the two infants, Nash having two drinks on the way and Ms Doyle a beer. They were collected from the station by Carl Doyle between 8.30 and 9pm.

On the way back to the house they bought alcohol including a bottle of vodka, a bottle of American whisky and soft drinks.

By 9.30pm they were in the Doyle’s living room drinking and smoking cannabis. Carl Doyle then feel asleep while his wife and sister-in-law went upstairs to sort out sleeping arrangements.

Nash had gone to the bathroom for around 45 minutes and was sick. When he came out he armed himself with a metal object used to open the fuel cap on a Stanley Range cooker and went upstairs, where he attacked the women.

He killed Catherine Doyle by inflicting so many wounds, 16 in all, that she died from blood loss. Nash also attempted to strangle her.

Carl Doyle was found dead on the sofa downstairs, with several wounds around his heart.

Sarah Jane Doyle was the first to be attacked by Nash, who told her “you’re going to die”. She was knocked out. When she woke up Nash pushed her down the stairs and “laid into her” again.

She suffered very significant injuries, including a depressed fracture to her skull, and only survived by pretending she was dead.

Nash then fled while Ms Doyle crawled to a neighbour’s house to raise the alarm.

A search was put in place for Nash. He had escaped over fields and broke into two houses, taking clothes in one and a racing bicycle in the other.

He cycled to Castlerea, Dunmore and Tuam but was arrested the next day not far from Galway City; his progress hampered by a punctured tyre which he had stopped unsuccessfully to fix several times.

He told gardaí a “cloud” had come over him that drove him to kill, saying while he had carried out the murders he was not responsible for his actions.

He said he was aware Sarah Jane Doyle had fled the house but did not go after her because the “cloud” urging him to kill had lifted by then and he only wanted to escape once that happened.

He also admitted to committing the Grangegorman murders, but withdrew his admission of guilt the following month.

He was remanded in custody when charged with the two Doyle murders shortly after arrest and has never enjoyed any freedom for the near 18 years since. He was convicted of the Doyle killings in October 1998 and jailed for life.

In 2001, while jailed in Arbour Hill Prison, north Dublin, he applied to be transferred to a British jail but was refused. He unsuccessfully challenged that in the courts in an action where he claimed being denied transfer to the UK resulted in him suffering “mental anguish, distress and loss”.

He was charged in 2009 with the Grangegorman murders, though challenged the State’s plan to put him on trial; receiving free legal aid for all of his cases.

He has been in Arbour Hill ever since being convicted. While it is mainly for sex offenders, it also houses prisoners convicted of other crimes who are not regarded as a major security risk or troublesome within the prison system.

Prisoner number 5246 has only had six disciplinary actions against him in his near two decades behind bars, a exemplary record compared to most others in jail.