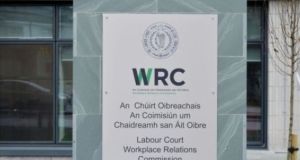 The complainant said he received a WhatsApp message wishing him ‘Happy Pride Day ye Big Queer’ from one of the restaurant directors.

A restaurant has been ordered to pay €20,000 in compensation to a gay bar manager after a director called him ‘queer’ almost every day at work.

In the case before the Workplace Relations Commission (WRC), the bar manager gave a number of examples of being subject to offensive comments from his two bosses.

‘Director A’ uttered the vast majority of comments to the bar manager. WRC Adjudication Officer Marian Duffy said: “I cannot comprehend how senior managers in a workplace would consider it acceptable to call such offensive names or make such offensive comments to a gay man.”

She said: “I am satisfied that it is a breach of their trust and duty of care towards their employee to create and tolerate such a degrading and offensive work environment.”

Ms Duffy rejected the restaurant’s contention that the language directed at the bar manager “was banter”.

Ms Duffy has ordered the restaurant to pay the bar manager €20,000 after finding that he was harassed in the workplace on the basis of his sexual orientation. She said staff training should be put in place aimed at preventing harassment on the nine grounds of discrimination under the Employment Equality Acts.

In evidence, the bar manager stated that ‘Director A’ in particular frequently referred to him and other gay men as “queers”.

He said that ‘Director A’ called his attention to two men dining in the restaurant and he asked if he saw “those pair of queers”.

The bar manager stated that ‘Director A’ at a birthday party in the restaurant in October 2017 referred to two men as that “that pair of queers”.

The bar manager stated that he and his husband dined in the restaurant in or about December 8th, 2017 and when the bar manager husband ordered a gin and tonic he said that ‘Director A’ referred to the drink as a “queers drink” and asked, “would you like a scarf and umbrella to go with it?”.

The bar manager said that when he bought a red Mercedes car, Director A said that “it’s a lovely queer car” and “all you need now is a nice scarf and you’ll be a proper queer driving around”.

On December 23rd, 2017, the bar manager was having dinner with his husband and his young nephew when ‘Director A’ approached the table and he asked, “did you see that other pair of queers, they’re there since 2pm drinking”.

The bar manager said that ‘Director B’ made an offensive comment at a management meeting at which breakfast was served concerning the sausages the bar manager was eating.

On the night of the Christmas party when the bar manager returned a scarf he had borrowed from ‘Director B’, ‘Director B’ made a comment “…I hope I don’t catch the gay off the scarf…”.

The bar manager said he never experienced these remarks in any other place he worked, and he was very taken aback at the conduct.

He frequently told ‘Director A’ to stop but he did not and persisted in calling him “queer” almost every day.

The bar manager said being called “queer” is very offensive and he considered it one of the most derogatory words that could be directed against a gay person.

He said the frequency of the comments were such that they became almost normalized, but they continued to cause him discomfort.

He said that he received a WhatsApp message from ‘Director A’ on June 24th, 2017 wishing him “Happy Pride Day ye Big Queer”.

In June 2017 the bar manager said he was fed up with the way he was been treated and he tendered his resignation, but he did not say why he was resigning and was persuaded to stay.

The offensive comments continued and in response to a Happy New Year message he sent to ‘Director A’ he received a response message in the WhatsApp group calling him a “steamer” and the message was sent from ‘Director A’’s phone.

The bar manager submitted that there were times he laughed nervously at some of the comments as he did not want to appear weak in front of the restaurant’s directors.

The bar manager’s husband and two former members of staff gave evidence of hearing some of the comments made by both ‘Director A’ and ‘Director B’.

In response, ‘Director A’ said in evidence that he never used the name “queer” when he was in conversation with the bar manager.

He said that sending the WhatsApp message wishing the bar manager happy Gay Pride and calling him a “big queer” with laughing emojis was meant as a joke.

He said he never used the word to the bar manager in any other circumstances.

He said that he had “banter” with the bar manager about his sexual orientation and that some of his best friends are gay and lesbian and he understood that the term “queer” is embraced by the LGBT community.

He said another member of staff took his phone to send the ‘steamer’ WhatsApp reply.

‘Director B’ denied he made any remarks which were offensive to the complainant.

Three witnesses gave evidence on behalf of the restaurant and they all said that none of them witnessed any derogatory comments directed towards the bar manager.

In January 2018, the bar manager was handed a letter confirming he was being made redundant. He believed that he was dismissed because of his sexual orientation.

However, Ms Duffy rejected this claim stating that he was dismissed because his position was made redundant. The restaurant stated that the bar manager was made redundant because the business was losing money.