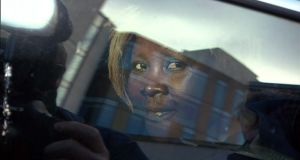 A woman accused of murdering a Malawian national in a house in Foxrock was deemed medically unfit to appear in court on Friday.

Grace Miano (50) is charged with murdering Limbani “Robert” Mzoma (27) in Tudor Lawns in the south Dublin suburb on the night of November 1st, last.

Ms Miano, who is originally from Kenya, lived at the house with Mr Mzoma. Mr Mzoma had suffered stab injuries and was pronounced dead at the scene.

The accused was due to appear at a case management hearing at Dún Laoghaire District Court today but she was deemed by the medical team in the Dochas women’s prison, where she is being held, to be unfit to attend.

She was remanded in continuing custody in her absence and will appear again in four weeks’ time.

A court hearing last week, following Ms Miano’s arrest, heard she made no reply when the charge was put to her by Sgt Niall Kennedy at Dun Laoghaire Garda Station.

Solicitor Jonathan Dunphy asked that Ms Miano, who had been complaining of pains in the head and in the leg and had seen a doctor on several occasions since being taken into custody, receive medical attention.

The judge directed this and when Mr Dunphy said they would be seeking a psychiatric assessment and report on his client, the judge said he should liaise about this with the prison authorities.

Ms Miano was granted free legal aid after the court was told she was on social welfare.

The judge said any application for bail would have to be made to the High Court.

Separately the family and friends of Mr Mzoma are raising money for the repatriation of his remains to Malawi for burial. An online campaign on the GoFundMe website has so far raised €4,331 out of a target of €7,000.