Life-sentence prisoners ‘should get in-cell telephones’ 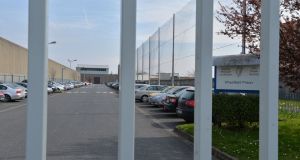 In-cell phones are being piloted in the Independent Living Skills Unit in Wheatfield Prison in Dublin. File photograph: Alan Betson

The Irish Prison Service should consider providing life-sentence inmates with telephones in their cells to prevent them becoming institutionalised, an internal report states.

Video-conferencing facilities such as Skype should also be made available so prisoners can stay in touch with family members living abroad or relatives who have difficulty visiting because they are not very mobile, it says.

The report, released to The Irish Times under the Freedom of Information Act, was compiled by a committee made up of staff from several criminal justice agencies, including two prison governors.

Many of the report’s recommendations focus on administrative reforms such as starting a prisoner’s rehabilitation process as soon as they begin their sentences rather than when their first parole hearing is due.

Others include the expansion of “Independent Living Skills Units” which grant prisoners a large amount of freedom within prisons, including setting their own menus.

The report recommends “consideration should be given to provision of in-cell phones (subject to normal governance and restrictions) for people serving life sentences to maintain regular contact with their families – as is being piloted in the ILSU in Wheatfield [Prison in Dublin].”

The report continued: “Video-conferencing, such as Skype, should be made available in all prisons to facilitate contact with elderly or less mobile relatives, and family living in other jurisdictions.”

The Prison Service has been clamping down on the use of illicit mobile phones in prison with some success; 525 phones were seized in 2016, down from 1368 in 2011.

The proportion of the prison population serving life terms has risen steadily over the years, from 4.5 per cent in 2001 to nearly 9 per cent today – one of the highest rates in Europe.