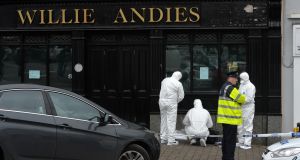 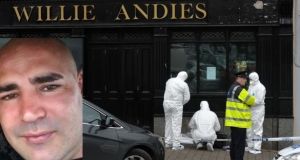 A man has died after an assault at a pub in Co Cork on Friday night.

The man - named locally as Paddy O’Donnell (36), a married father of four from Stag Park in Mitchelstown - was assaulted when a row broke out in Willie Andies pub on New Market Square, Mitchelstown, at around 11pm.

Paramedics were called and attended to the injured man, but he was pronounced dead at the scene by a local doctor. His body remained in the pub overnight.

Gardaí arrested a man (27), originally from Mallow but living Mitchelstown, and took him to Fermoy Garda station.

He was arrested under Section 4 of the Criminal Justice Act, which allows gardaí detain suspects for up to 24 hours.

State Pathologist, Dr Marie Cassidy was due in Cork to perform a postmortem on Mr O’Donnell’s body, which was removed to Cork University Hospital after 1pm. A local priest attended the scene before the body was removed.

Gardaí are due to start interviewing witnesses on Saturday as it is understood the pub was quite busy at the time, as a local festival was taking place in New Market Square.

Detectives have gathered CCTV footage from the pub and will begin examining it today.

Although the investigation is at an early stage, initial suggestions are Mr O’Donnell was not injured with a once off blow but that the assault lasted several minutes.

Gardaí are appealing for witnesses to contact Fermoy Garda station on 025 82100.