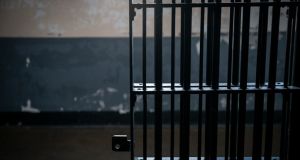 Life sentence prisoners released in 2016 served an average 22 years in custody, an increase of four-and-a-half years on 2015.

It is the second year in the history of the State that the average time served in prison by inmates sentenced to life has been 22 years, with the same average recorded in 2012.

The average time served in custody by lifers has increased significantly since the 1970s and 1980s when inmates could expect to spend about 7-and-a-half years in jail.

Information from the Irish Prison Service shows that in 2016 seven life sentence prisoners were released into the community after an average length of 22 years.

“If you look at what has happened in the 30-40 year time period, there doesn’t seem to be any indication of a reversal of the trend for longer sentences,” he said.

He added that now the average has reached 22 years, “it’s important that there is some constraint placed on it and that we have some consistency… we need to maintain a more consistent approach”.

Dr Griffin said it is likely that the political and discretionary nature of parole, whereby the Minister for Justice approves the release from custody of a life sentence prisoner on the recommendation of the parole board, has possibly facilitated such significant increases in time served.

Fianna Fáil justice spokesman Jim O’Callaghan, who sponsored the Parole Bill 2016, said the parole board should be put on a statutory basis so the public would be aware of the criteria involved when it is considering an application. “Nowhere is there a law setting out the criteria on which parole is granted,” he said.