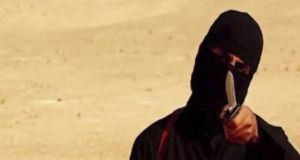 Contacts between United States and Irish security forces have intensified over US efforts to monitor suspected jihadi fighters travelling to join the conflicts in Syria and Iraq.

The US National Security Agency (NSA) has passed on information about named suspects, including those travelling to conflict zones from the US via Ireland, after intercepting their communications. The development has resulted in increased Garda surveillance of suspects in Ireland.

A Garda statement said the force was “alert to the potential threat arising from the significant events unfolding in Syria and Iraq”. The force did not make any specific comment on its contacts with US authorities or on surveillance it may be carrying out.

However, the statement said the situation in Iraq and Syria was being monitored and the appropriate resources would be applied to people believed to pose a threat.

News of the fresh intelligence is emerging at a time when some reports from usually credible sources in the US media have identified the Republic as the country of origin for more foreign fighters in Syria on a per-capita basis than other countries.

A report compiled by CNN, based on information supplied by national governments and other sources, lists 25 countries of origin for jihadist fighters in Syria. It puts only Finland ahead of Ireland as the origin for most jihadi fighters based on the size of Muslim populations in the countries studied.

Minister for Justice Frances Fitzgerald told an Oireachtas committee in June that the Government and Garda were aware about 30 suspected jihadists had travelled to a number of conflict zones, with three fatalities confirmed. When US journalist James Foley was behead by terror group Islamic State last month, Ms Fitzgerald’s comments gained renewed traction in media reports.

However, The Irish Times understands the information passed by the NSA to the Irish authorities relating to the movements, communications and possible travel plans and terror links of suspects here are separate to the estimated 30 suspects already being monitored.

Sources said communications are passed on by the US on a “case-by-case basis”, and pointed out that information is shared among the US, United Kingdom and other countries.

The Garda statement said the phenomenon of people travelling from all over Europe to conflict zones was a concern for members of the international community.

“While a number of motivations influence individuals to travel to conflict zones, including humanitarian and idealistic, the major security concerns relate to the radicalisation influences and the security risks some individuals may pose on returning to their home countries,” it said.

“It would be inappropriate, in view of ongoing operations and enquiries, to comment further on specific strategies or methodologies,” it added.

The statement said the Garda enjoyed “an excellent relationship” with the Muslim community. “We are confident the overwhelming majority of Irish Muslims abhor the threat posed by extremists,” it added.

The Department of Justice said “the sharing of information in relation to potential security threats is a matter for An Garda Síochána”.

It added: “The Department for good and sound reasons does not comment on security related matters.”

The CNN report estimated between 25 and 30 fighters had travelled from the Republic to fight in Syria, from a population of 43,000 Muslims in the State. This equates to about 0.07 per cent of the Muslim community in Ireland. This compares with 0.071 per cent, or just over 30 of the 42,000 Muslims in Finland.