Irish haulier to be sentenced in UK for drug smuggling, money laundering 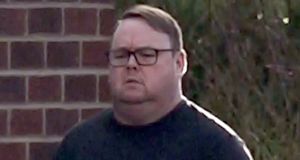 An Irish haulage contractor is facing a long jail term in the UK after admitting trafficking drugs and money laundering, a court heard.

Thomas Maher (39), was told by Judge Brian Cummings he will likely be given a “substantial” prison sentence after he pleaded guilty to a number of offences at Liverpool Crown Court on Friday.

Maher, appearing via video-link from HMP Liverpool, had been arrested in October last year after the deaths of 39 Vietnamese people found in a shipping container in Essex. His home in Warrington, Cheshire, was raided by police but he was not charged in connection with the deaths.

He was re-arrested by the National Crime Agency on June 30th, and charged with the other offences.

On Friday, the father of three pleaded guilty to four counts of conspiracy to commit a crime abroad, spanning March 28th and May 11th this year.

They included two charges of conspiracy to import class A drugs into Ireland and two of transferring criminal property into Ireland - namely €300,000 in April and €600,000 in May.

Remanding Maher in custody until sentencing on December 1st, Judge Cummings told the defendant: “Plainly on the face of it, you are facing a substantial custodial sentence, but the exact nature and extent of the sentence will be decided on the next occasion.”

The facts of the case were not opened during the brief hearing.

Maher is believed to have been co-ordinating a transport network to facilitate drug importations into the UK via Ireland, and the transport of money from Ireland to Holland using encrypted EncroChat phones.

EncroChat phones were used by major criminals across Europe as they were regarded as uncrackable by police. But the secret communication system was hacked by law enforcement in June, leading to hundreds of arrests across Europe.

Hughes (40) from Co Armagh, pleaded guilty at the Old Bailey last month to 39 counts of manslaughter. He also pleaded guilty to conspiracy to assist unlawful immigration.