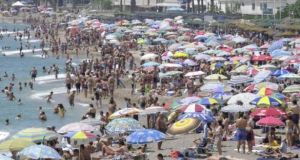 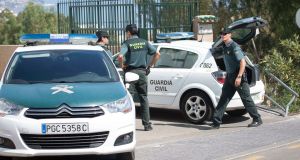 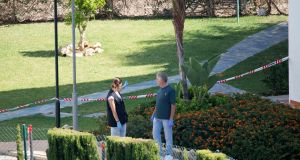 The gun murder of Dubliner Gary Hutch (34) is thelatest in a series of killings in which Irish criminals who set off for a lifeof crime in the sun have lost their lives.

Southern Spain has become a hub for the international narcotics trade, attracting many Irish criminals in the process. They are also drawn by the climate and many have are fleeing their enemies and the Garda.

Since the introduction of the Criminal Assets Bureauin 1996, the trickle of Irish criminals leaving for abroad has grown because once out of the jurisdiction their drug money and other assets are out of thereach of the bureau.

But life abroad has proven just as precarious for some on the Costa del Crime as it is at home.

In September last year Dubliner Gerard Kavanagh (44) was gunned down outside a bar in the south of Spain. An enforcer and debt collector for the same gang Gary Hutch worked for, led byDublin drug dealer Christy Kinahan (54), ‘Hatchet’ Kavanagh was singled out by a gunman who burst into a bar in Elviria, near Marbella.

Perhaps the most notorious Irish murders in Spain were those of Shane Coates (31) and Stephen Sugg (27), who became known as theWesties when involved in drug-dealing and related violence in west Dublin.

They wereshot dead in Alicante in 2004 and buried in concrete under a warehouse. Their bodies were not found for almost three years. They were on therun from gardaí­ and are believed to have crossed more established Irish criminals in Spain.

Drug dealer Richard Keogh (30), originally from Cabra, was shot dead in 2008 outside a casino near Benalmadena, in southern Spain.

Peter Mitchell (45), from Summerhill in Dublin, was wounded in a shooting in Marbella in August 2008. He was a one-time associate of John Gilligan.

John McKeon, from Finglas in Dublin, has been missing presumed dead in Spain for almost 10 years.

In March 2008 the body of Keith Ennis (30), Clondalkin, Dublin, was dismembered and stuffed into a suitcase, which was then thrown into a canal in Amsterdam.

He had left Ireland in 2007 while facing gun and drugscharges. He lived in Spain before moving to the Netherlands.

Cork drug dealer Michael Ahern (38) was found shot dead and frozen solid in the freezerof an apartment in Portugal in 2005.

In Aprilof that year, Damien Monaghan (25), Ennis, Co Clare, and Vincent Costello (29) and his brother Morgan Costello (21), both from Bansha, Co Tipperary, were all shot dead and dismembered in an apartment near The Hague by two Dutch drug dealers.