New guidelines ‘do not go far enough to address the high cost of claims in Ireland’, Insurance Ireland chief says 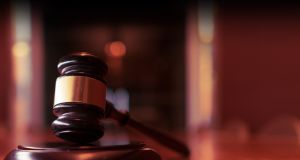 An overhaul of personal injury pay-outs backed by the country’s judges will not halt Ireland’s litigation “gravy train”, business leaders have claimed.

The Irish SME Association (Isme), which represents more than 10,000 small and medium-sized businesses, said it was “shocked” and “deeply disappointed” by the Judicial Council’s adoption of new guidelines designed to cut damages ordered by courts for injuries.

Neil McDonnell, the organisation’s chief executive, said they would barely dent the cost of insurance in Ireland and he urged the Government to enact legislation which would further reduce pay-outs.

In a statement, Isme said the agreed reduction in awards were in cases such as whiplash “superficially significant” and may “be so easily circumvented that it will almost never occur”.

The reductions “will not remove the economic incentives for people to sue, even for the most inconsequential of injuries”, the organisation said.

“Isme is shocked that having waited years for reform, we have been given proposals for damages which will keep the personal injuries gravy train running and this will barely dent the cost of insurance.”

Isme want to see an 80 per cent cut on personal injury pay-outs, arguing awards for minor injuries in Ireland are “so out of kilter” with those in the United Kingdom or other European Union countries “that even reducing them by half will not remove the economic incentives to sue for minor, paracetamol injuries”.

Insurance Ireland, which represents insurers, said the new guidelines “will help to reduce premiums over time” but added savings “could have been much greater” if pay-outs were more in line with other countries.

Moyagh Murdock, chief executive of the industry representatives, said the guidelines “do not go far enough to address the high cost of claims in Ireland”.

“Of particular concern in today’s announcement by the Judicial Council is the fact that for soft tissue injuries such as minor neck injuries, an award range of €500 to €12,000 is indicated,” she said.

Ms Murdock added that a judge’s interpretation of what constituted a “substantial recovery” from personal injuries under the guidelines would also have a “significant bearing” on compensation with “a risk of judges making widely varying awards of damages in respect of relatively comparable injuries”.

Hoteliers have also called for cuts of “at least 80 per cent” to “bring Ireland back to international norms”.

Michael Magner, chair of Irish Hotels Federation’s insurance committee, said the reductions were a step in the right direction but “fall far short of what is required to bring insurance costs back down to sustainable levels”.

“Insurers have to play their part now and reduce insurance premiums in line with cuts in levels of awards,” he said.

“They must also adopt a more robust and concerted approach in defending exaggerated and spurious claims in court, rather than settling as continues to happen.

“This has been to the detriment of businesses including hotels in recent years, resulting in excessive and unjustifiable insurance premiums.”

However, Tánaiste Leo Varadkar praised the new guidelines as “a really important step in the right direction”.

“We will have to see how they bed down over the next few months to see if any further action is needed,” he said.

“The important thing for Government is that ultimately, the value of awards given in cases is consistent with the damage caused. Inflated personal injury awards inflate premiums and we want to make sure that doesn’t happen. ”

The Government will monitor the implementation of the guidelines and their impact “to ensure they have the desired effect”, he added.

Minister for Justice Helen McEntee said the pay-outs overhaul will “have a lasting impact on the award of damages in personal injuries cases”.

“The overriding concern is to address with urgency the economic impacts on businesses and consumers of high insurance costs, while ensuring fair compensation when someone is injured through no fault of their own,” she said.

“It is my hope that the new guidelines will bring consistency, reduce litigation and reduce awards, which are a major driver of insurance costs.”

Ms McEntee is to bring proposals to Cabinet on Tuesday on implementing the guidelines.

Minister of State Sean Fleming, with responsibility for insurance, said he will meet with the chief executives of the country’s main insurers “to stress that these new guidelines must lead to a reduction in customer’s premiums”.

“It’s now an imperative that we hear firm public commitments by insurance companies that Irish customers will benefit from any savings,” he warned.

The Personal Injuries Assessment Board (PIAB), the State body which assesses claims that are not pursued through the courts, said it will also use the new guidelines for determining compensation.

Rosalind Carroll, PIAB chief executive, said they will reduce the overall levels of awards in Ireland “which were until now significantly out of kilter with other countries”.

“The ultimate impact that we should expect to see from the new guidelines is a reduction in the cost of insurance and, in time, the consistency and transparency gained from the guidelines’ usage should attract more competition into the Irish insurance market,” she added.