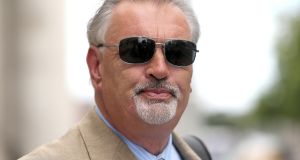 While a European Arrest Warrant could be issued for Ian Bailey’s arrest, the Supreme Court has already ruled he cannot be extradited.

The decision of a court in Paris that Ian Bailey is guilty of the murder of Sophie Toscan du Plantier in west Cork in 1996 most likely does not mean he can be extradited, according to an extradition law expert .

While a European Arrest Warrant could be issued for Mr Bailey’s arrest, the Supreme Court has already ruled he cannot be extradited. The ruling in absentia of the Paris court did not, on its own, change the situation, according to an extradition lawyer who did not want to be named.

In 2012, the Supreme Court ruled Ireland could not extradite Mr Bailey to France to be tried for a crime that did not take place in that country. It could only extradite an Irish citizen to be tried for an alleged extra-territorial crime (ie not in France), and Mr Bailey was English.

The fact Mr Bailey has now been convicted in France and any new warrant would be based on a conviction, rather than a desire to prosecute, would not change the effect of the Supreme Court’s ruling, the lawyer said.

However, a recent change in the law may have opened the way to extraditing people “ordinarily resident” in the State. This could mean that the door is now “a little bit more open” in terms of extraditing Mr Bailey, the source said. Mr Bailey has repeatedly denied any involvement in the murder.