I’m feeling harassed online. What can I do?

More than you might think: persistent harassment is a crime online as much as offline 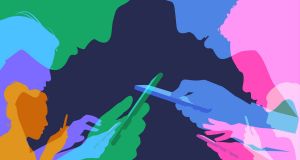 If it is something you are very concerned about, and if you believe it is a crime, then you should contact gardaí. Illustration: iStock

I’m feeling harassed online, what can I do?
Many people’s first port of call is to contact the social media company. Each one has different approaches to policing content. For example, Twitter asks people to report anything they think is “abusive or harmful”, and might look for additional tweets to add context. If it thinks the content is in violation of its policies, it takes action.

But is it true there are no specific laws that can help me if I feel severely harassed online?
No. While there is some debate about the robustness of the law as it applies to various online behaviour and incidents, it is already an offence to harass in the electronic world, as much as it is in the real world. Section 10 of the Non-Fatal Offences Against the State Act 1997 sees to that.

What does that do?
It specifically states that persistent harassment is a crime. As much as someone engaging in that kind of behaviour in person, repeated posts on platforms such as Twitter and Facebook can be treated in exactly the same way.

Who should I talk to?
The Garda. If it is something you are very concerned about, and if you believe it is a crime, then you should contact gardaí and show them the material.

What would they do?
First, they would ask you to make a statement. They might want to examine your devices to get a sense of the severity and frequency of the contacts, to see if there is enough evidence. Then they might prosecute.

How seriously would a court take it?
If anything is brought to court it is taken seriously. But specifically, if a person is found guilty in the District Court they are looking at up to 12 months in jail. Things get more serious in the Circuit Court where, if convicted by a jury, the person could get anything up to seven years.