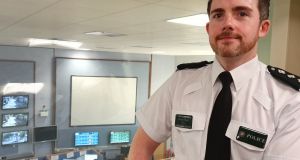 Seven hours of police time is being spent every day in Northern Ireland dealing with hoax calls to the PSNI, the force has said.

The force receives thousands of hoax calls every year, which it says demand hours of time to rule out the possibility of someone needing assistance.

There has been an increase in the number of such calls over the last two years, with monthly variations from 313 last November to 277 in December to 300 in January, according to a response to a freedom of information request.

The PSNI received more than 900,000 calls in the 2018/19 year between its 999 emergency number and the 101 non-emergency number, which received 701,000 of the calls. A team of 300 police staff and officers receive the calls at three contact centres across Northern Ireland.

Such calls include someone calling to falsely claim someone is in need of help, but do not include callers who have made a genuine mistake in asking for police help.

“It is roughly 10 hoax calls a day that we are responding to,” he said.

Mr Pollock said the time spent on the calls impacts the ability of police to respond to genuine demand, and results in members of the public having to wait longer for assistance.

Over the last four years police have submitted 117 reports to the Public Prosecution Service over hoax calls. This number includes hoax calls to other emergency services. – PA