Growing number of people in pre-trial custody for minor offences 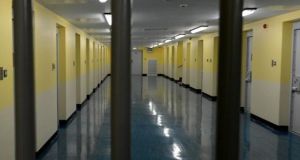 Since 2016, there has been a 56 per cent jump in the number of people imprisoned while awaiting trial or sentencing for “public order offences and other social code offences”. Photograph: David Sleator

Prison overcrowding is being driven by a massive increase in defendants being placed in pre-trial custody on minor charges, according to an internal Prison Service assessment.

Since 2016, there has been a 56 per cent jump in the number of people imprisoned while awaiting trial or sentencing for “public order offences and other social code offences”.

The category includes a wide array of mostly minor offences, such as drunkenness, begging, trespassing and disorderly conduct.

The increase in pre-trial imprisonment for minor offences is greater than the increase for homicide offences (52 per cent) and sexual assault (20 per cent).

In contrast, the number of people being put in pre-trial custody for fraud and deception has decreased by 50 per cent, despite crime statistics showing a 62 per cent increase in this type of offending.

The increase in pre-trial remands for minor offences is likely linked to the homelessness crisis and a “misguided paternalism” on the part of judges, according to penal reform campaigners.

“A defendant not having a fixed address will almost always lead to a remand in custody,” Fr Peter McVerry told The Irish Times.

“Furthermore, evidence of mental health issues or a chaotic lifestyle, often a factor in public order offences, will also result in a defendant being remanded in custody.”

“Pre-trial detention should only be imposed as an exceptional measure, and never for welfare reasons. Urgent whole-of-Government action is needed to ensure no one is imprisoned due to a lack of appropriate housing, health or mental health services in the community.”

Overall, the numbers of people remanded in pre-trial or pre-sentencing custody increased by 34 per cent between December 2016 and 2019, far more than the rate of increase of the total prison population, which stood at 10 per cent.

Cloverhill Prison in Dublin is the State’s only designated facility for remand prisoners and has a bed capacity of 431. Last year, the average number of remand prisoners exceeded this capacity by 64 per cent, meaning the excess numbers had to be spread across other prisons.

The figures are contained in a document prepared by the Irish Prison Service earlier this year for incoming Minister for Justice Helen McEntee and released following a Freedom of Information request.

The document said it is “essential” that the Minister’s department conduct an in-depth analysis of the factors driving increasing prison numbers.

According to the report, several other factors are contributing to the growing prisoner population, including:

– a 34 per cent increase in judges handing down short sentences, defined as 12 months or less.

– a 51 per cent increase in the number of female prisoners.

– an increase in prisoners being placed on remand accused of serious offences such as murder, meaning they are more likely to spend lengthy periods on remand.

It also suggested the increase in Garda recruitment in recent years is tied to growing prison numbers. A chart included in the report shows both trends essentially mirroring each other.

Prison authorities have attempted to combat overcrowding by adding new beds – 188 beds have been added since 2016 – and increasing the use of temporary release by 34 per cent.

This has had only a limited impact; figures showed most prisons were near or over capacity throughout much of 2019.

The report also warned the increase in the Irish population is projected to lead to further increases in prison numbers.

An increase in the national population to 5.3 million by 2026 will mean another 333 people in custody, it said.

This year saw a significant drop in prison numbers as authorities tried to free up space to deal with the coronavirus pandemic by releasing large numbers of inmates on temporary release. However, these numbers are likely to start increasing again as society opens back up.

In response to queries, the Department of Justice said it is aware of the increases in remand and short sentences and that reforms are under consideration.