Civil cases filed against Terenure College over past child abuse 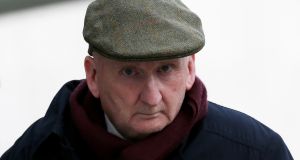 A number of men who were sexually abused as children by a former Terenure College teacher and rugby coach are taking civil cases against the south Dublin fee-paying school.

Earlier this month, John McClean (75), of Casimir Avenue, Harold’s Cross, pleaded guilty to 27 charges of indecent assault. The charges related to the sexual abuse of 23 schoolboys at Terenure College in the 1970s and 1980s.

In the weeks since the guilty plea, three civil cases have been filed in the High Court against McClean, and the Terenure College board of management.

This follows two previous civil cases filed against McClean and the school late last year. The secondary school is run by the Carmelite Order, which is also listed as defendants in a number of the legal cases.

McClean was due to stand trial on November 2nd at the Dublin Circuit Criminal Court, but entered pleas of guilty before the court.

Judge Pauline Codd remanded him on continuing bail until March 9th, when the evidence in the case will be outlined in a two-day sentencing hearing. A number of the 23 complainants are also expected to read out victim impact statements to the court during that hearing.

Several of the victims were present in court to hear McClean enter a guilty plea to the charges, while a number of others watched the court proceedings online.

In a statement following McClean’s guilty plea, Terenure College said it was “sincerely sorry” for the “breach of trust and for the pain and suffering those affected by the abuse endured”.

The school and the Carmelite Order apologised “unreservedly to the victims and survivors of abuse who suffered while under our care in our school.”

The statement acknowledged that “innocent children were profoundly harmed”.

“As school management and Carmelites, we acknowledge and deeply regret that we failed these children entrusted to our care. We are committed to providing effective and meaningful support to former pupils who are victims and survivors of abuse,” the statement said.

McClean had been an English and drama teacher, who also coached rugby, and worked in Terenure College for a number of decades, before taking up a rugby coaching position in University College Dublin in the 1990s.