Google ‘right to be forgotten’ rejections to be investigated 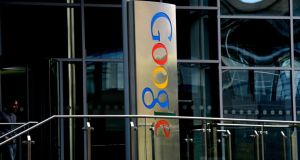 The Data Protection Commissioner is investigating 18 complaints from people in Ireland whose requests to be “forgotten” online have been rejected by Google. Photograph: Cyril Byrne / The Irish Times

The Data Protection Commissioner is investigating 18 complaints from people in Ireland whose requests to be “forgotten” online have been rejected by Google.

The European Court of Justice ruled in May that online companies could be made to remove links to “inadequate, irrelevant or... excessive” information about individuals from search results in Europe, subject to a public interest test.

Google, which processes more than 90 per cent of all web searches in Europe, has received over 135,000 requests for the removal of links since the landmark judgment and has hired extra staff to meet the demand.

A spokeswoman for the office of the Data Protection Commissioner said it was investigating 18 complaints, all from Ireland, by individuals whose requests to have links to material about them removed had been rejected.

“The 18 complaints involve a broad range of issues and all concern Google,” she added.

In August, Google said it had granted removals in 53 per cent of complaints, with more information requested for about 15 per cent. Some 32 per cent of removal requests had been denied.

Reports from media organisations, who are notified by Google each time a link to one of their stories is blocked, show the variety of material affected. They have included stories about court cases, disputes between individuals and, from the BBC, a diary entry by its then-Jerusalem correspondent on the merits of hummus.

A local newspaper in England was notified by Google that it had removed links to an article in praise of a young artist. While the reasons for removals are not disclosed by Google, the paper’s editor said the artist had previously contacted the paper asking for the article to be deleted because he believed he had become a much better painter and felt the painting shown in a picture accompanying the article might damage his artistic reputation.

Last week, Google notified The Irish Times that it had blocked links to a news report it published in July on a Dutch teenager who was detained by police in Germany while en route to Syria.

The web giant pointed out that, in many cases, the affected queries do not relate to the name of the person mentioned prominently on the relevant page. “For example, in some cases, the name may appear only in a comment section,” it said.

The case before the European court was taken by a Spanish man who objected to the fact that Google searches on his name threw up links to a 1998 newspaper article about the repossession of his home.

The decision means Google can be required to remove data that is “inadequate, irrelevant or no longer relevant, or excessive in relation to the purposes for which they were processed and in the light of the time that has elapsed,” said judges at the Luxembourg court.

Google, which disagrees with the ruling, says that when evaluating requests, it considers whether the results include outdated information about a person, and whether there is a public interest in the information, such as in cases of professional malpractice, criminal convictions and the public conduct of officials.

Publishers have no right of appeal against link deletions, but each removal notification contains a link that allows publishers to provide “additional information regarding this content” that might result in a reversal of the decision.