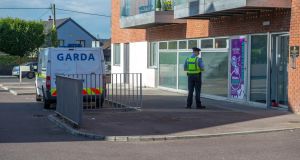 Gardaí are investigating the death of a two-year-old girl who was found injured at the Elderwood Apartments, Boreenamanna Road in Cork. Photograph: Michael Mac Sweeney/Provision

Gardaí have begun an investigation after a two-year-old girl who was found with traumatic injuries at an apartment in Cork city died in hospital.

Officers were alerted after neighbours reported hearing a disturbance at the apartment in the Elderwood complex on Boreenamanna Road at around 5am.

They found the girl with serious head injuries and alerted the emergency services.

The child was taken by paramedics to Cork University Hospital where she later died.

The child lived with her father and his partner, who is not the child’s mother, at their second-storey apartment in Elderwood.

Gardaí cordoned off the upstairs apartment – which is part of a social housing development - for a technical examination by Garda forensic experts.

They have also requested the services of the State Pathologist’s Office.

Assistant State Pathologist, Dr Margot Bolster will conduct a postmortem on the child’s body after carrying out a preliminary examination of the scene.

Gardaí say that the course of their investigation will be determined by Dr Bolster’s finding at the postmortem, which is expected to take place on Friday afternoon.

Officers have yet to formally take statements from the man and woman who were in the apartment but they have begun door-to-door inquiries in the complex.

There have been no arrests in the investigation into the incident at the complex which is not far from Páirc Uí Rinn in Cork.