€130 million bill: 2017 budget for Garda overtime may already have been spent 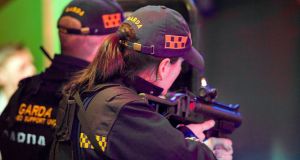 The cost of extra payments for gardaí in return for not going on strike last year led to a significant increase in the Garda overtime bill, it emerged as a ban on overtime for the rest of this week came into effect.

The ban on most forms of overtime was introduced at no notice from midnight on Tuesday and will remain in place until Monday.

The policing of the Kinahan-Hutch feud and a new operation to increase security at Dublin Port, which have also added to the overtime spend, are exempted from the ban.

The Irish Times has learned more than €130 million has been spent on Garda overtime this year, compared to €91 million last year.

It means Garda overtime is now higher than during most of the Celtic Tiger years, when it peaked at €155 million in 2007.

Well placed justice sources said they believed the 2017 overtime budget had all been spent at this stage because some Garda managers had underestimated the impact of payments agreed under the deal to avert last year’s threatened strike.

A €50 million pay deal was agreed and averted the unprecedented strike with just hours to spare last November.

Part of the settlement was an agreement to pay around €1,500 per Garda member per year in overtime for a task they were already performing.

The payment was for a 15-minute period at the start of a shift during which gardaí are briefed; or paraded as it is known.

Neither the Garda, Department of Justice nor the Department of Public Expenditure and Reform could state the exact total cost of those parading payments this year.

However, a number of sources believed it accounted for approximately €20 million.

Taoiseach Leo Varadkar was yesterday critical of the move to ban Garda overtime for coming days. He said €50 million in supplementary funding for the Garda had been agreed at Tuesday’s Cabinet meeting.

He also pointed out in the Dáil that any overtime incurred in the last four weeks of the year would come from the 2018 Garda budget. He was surprised some in the Garda did not appear to know that. As a result, the cancellation of overtime is set to be lifted from next Monday.