Garda exaggerated the number of reforms it carried out 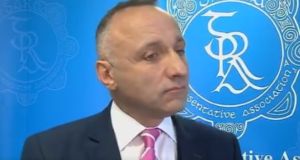 The Garda’s track record on achieving reform has been strongly criticised in a new Policing Authority report which found that 50 initiatives which senior officers claimed had been completed had only been finalised in nine cases.

The report comes amid continued focus on the force and a day after representatives of rank-and-file gardaí blamed middle and senior Garda managers for exagerating the number of breath tests carried out by officers.

GRA spokesman John O’Keeffe told RTÉ last night: “GRA members did not falsify figures. [They] were told to elevate figures by middle and senior management, and those figures were elevated thus.”

The Policing Authority report to Minister for Justice Charlie Flanagan said the authority had examined 50 recommendations made by the Garda Inspectorate in its Changing Policing in Ireland report.

The Garda said it had implemented all 50 to the point of completion, but the authority found only nine were actually completed.

The authority said the uncertainty in the Garda about what constitutes full completion of a reform recommendation meant it now wanted to see evidence of any future claimed reforms.

“[It] calls into question the reliability of the Garda Síochána’s reporting and the level of co-ordinated internal oversight of the [modernisation and renewal programme] process,” the Policing Authority said in its quarterly update report on Garda reform.

It said monthly meetings with the Garda officers in charge of reforms would be held from now on.

The authority welcomed the fact the Garda has now identified who is responsible for each item of reform under way in the force. It also said the roll-out by the Garda of support services for victims of crime and the successful implementation of several important IT projects were to be welcomed.

It said the Garda believed there were 675 members attached to the Garda Reserve, but senior officers did not know how many of these were active or lapsed. The authority said it was concerned basic information was not available, given that a reform programme was under way to renew the reserve and bring it to 2,000 members.

In the area of hiring civilians with IT skills to work on crucial projects, it said money had been provided in 2015 to fill posts that were still not filled.

In a statement on the controversy surrounding the discovery that the number of breath tests taken between 2009 and 2017 was exaggerated by 1.5 million, the GRA said the people of Ireland had been let down by politicians and senior Garda management rather than gardaí on the front line.

But in an interview with RTÉ’s Paul Reynolds GRA spokesman John O’Keeffe repeatedly said GRA members did not falsify figures but they were “elevated” on the orders of middle and senior management.

Coronavirus: 396 more cases as public is urged to help protect ‘older and vulnerable’ 18:02
The FinCEN files: The billion dollar a month money trail 18:01
Coronavirus: Germany and Iceland look set to be taken off ‘green list’ 17:36
The Sack of Balbriggan: The burning of a town that shocked the world 100 years ago 14:38
Motorcyclist (50s) seriously injured in crash in Co Carlow 13:38

1 Coronavirus: 396 more cases as public is urged to help protect ‘older and vulnerable’
2 The FinCEN files: The billion dollar a month money trail
3 Lockdown measures and rising anger in Madrid as Covid takes hold again
4 The Sack of Balbriggan: The burning of a town that shocked the world 100 years ago
5 Civil War rape which led to pregnancy recalled in new TV documentary
Real news has value SUBSCRIBE