Suspect was kicked in the face by unidentified officer after 1998 robbery, inquiry says 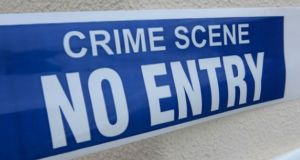 ‘From scene preservation, to witness statements, to final report, there was an unthinkable emphasis on the robbery to the almost exclusion of the shooting,’ Mary Rose Gearty SC said, of the Garda inquiry into the Ronan MacLochlainn case.

There was a “sinister” attempt by gardaí to ignore and cover up the assault of a suspect by an officer following an armed raid, an inquiry has found.

The assault on the suspect was never investigated by gardaí and a statement from a person who witnessed it was never recorded or followed up.

“The assault was either concealed or ignored by various members of AGS, which is deplorable,” said Mary Rose Gearty SC.

Ms Gearty has been investigating the shooting dead of Real IRA member Ronan MacLochlainn by gardaí during an armed robbery 20 years ago.

In her report this week, Ms Gearty said the shooting was “necessary and reasonable” but severely criticised the follow-up Garda investigation of the death as “minimal and substandard”.

She said gardaí investigated the attempted armed robbery by the Real IRA on a Securicor van in Ashford, Co Wicklow alongside the death of MacLochlainn during the robbery. This was unsatisfactory and resulted in a very poor outcome, she said.

“From scene preservation, to witness statements, to final report, there was an unthinkable emphasis on the robbery to the almost exclusion of the shooting,” she said of the Garda inquiry.

Although not tasked directly with investigating the assault on one of the raiders, Saoirse Breatnach, Ms Gearty devoted a significant portion of her 350-page report to the incident.

While the wider confrontation was ongoing, Breatnach was lying face down on the ground having been apprehended by gardaí. He was kicked in the face by an unidentified garda who asked him “Did you think I was sick?”

Ms Gearty said this was an obvious reference to the unofficial ‘Blue Flu’ industrial action by gardaí which was taking place that day.

“Because the incident was not followed up by [GARDAÍ], it is now impossible to tell who the assailant was, other than that he was one of the gardaí at the scene,” she wrote.

At the time Breatnach was being guarded by a member of the Emergency Response Unit (ERU) who “must have been aware of this assault, although he says he was not”, Ms Gearty said.

She found that Det Garda Martin Harrington, who restrained the suspect at one point, was not the garda who kicked him in the head but he also “must have witnessed it or its aftermath”.

A civilian identified as ‘Ms M’ later made a statement about the assault but this was not followed up. She was also not called to give evidence at the inquest into MacLochlainn’s death.

Ms Gearty said that leads to the suspicion that others were aware of ‘Ms M’s’ complaint “and the potential that she might repeat it in evidence”.

“This was one of the most disappointing incidents in a dangerous and disturbing series of events, made very sinister by the subsequent attempts to ignore it and cover it up.”

Ms Gearty said it was perhaps not surprising the garda assaulted the suspect given the circumstances.

“It can only be deplored but at least the assailant could have pleaded momentary loss of control, had he ever come forward.”

She said the misplaced loyalty of the other gardaí who failed to report the assault made the situation far more serious.

“While one can understand loyalty to a colleague, it is very wrong when such loyalty extends to ignoring an assault on any citizen, even a criminal.”