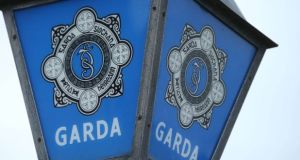 Gardaí from the National Drugs and Organised Crime Bureau supported by a Special Crime Task Force, intercepted the two vehicles on Tuesday.

The suspects were taken to Clondalkin, Ballyfermot and Ronanstown Garda stations where they remained on Tuesday afternoon.

Gardaí conducted several related searches in the Dublin area and a further quantity of cash was recovered. The total value of cash seized in this operation is estimated to be more than €100,000 (subject to counting following forensic examination).