Two airline employees are suspected of stealing up to €10,000 worth of Aer Lingus fuel 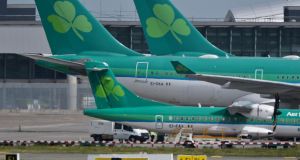 It is understood the fuel belonged to Aer Lingus.

Two airline employees are suspected of stealing up to €10,000 worth of the fuel from the airport over a period of time.

It is suspected the fuel was being sold as home heating oil or used by the suspects themselves to heat their own homes. The Irish Daily Star reported on Monday that the two suspects have been suspended on full pay pending the completion of the investigation.

“Gardaí can confirm we are investigating the theft of aviation fuel that occurred at Dublin Airport in December 2019. Investigations are ongoing,” a Garda spokesman said. Aer Lingus said they will not be commenting on the matter.

Most jet fuel is derived from kerosene and can be used in heating systems with no modifications.