Bill Kenneally was sentenced to 14 years and two months imprisonment 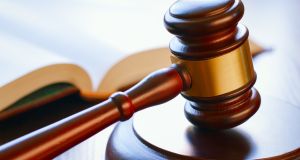 The Court of Appeal has fixed January 26th as the date for hearing. Photograph: Istock

A former sports coach jailed for sexually abusing 10 teenage boys in the 1980s has been given a date in January to appeal the severity of his sentence.

Bill Kenneally (67), with an address at Summerville Avenue, Waterford had pleaded guilty to 10 sample counts of indecently assaulting 10 boys at various location in Waterford in the 1980s. Kenneally was originally charged with 70 counts spanning dates in the 1970s and 1980s.

He was sentenced at Waterford Circuit Criminal Court to 14 years and two months imprisonment by Judge Eugene O’Kelly in February 2016. Kenneally’s lawyers have lodged an appeal against the severity of his sentence.

The Court of Appeal has fixed January 26th as the date for hearing.

Counsel for the Director of Public Prosecutions, Eleanor Power BL, told Mr Justice George Birmingham the case would take half a day to hear.