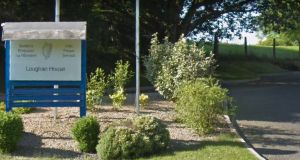 It follows an outbreak of the coronavirus at Wheatfield Prison in west Dublin earlier this week which saw five prisoners and an undisclosed number of staff test positive for the virus.

Four of the five prisoners from the low security open prison in Co Cavan who tested positive had been on temporary release and were tested and quarantined on their return to the centre, the IPS said on Tuesday.

There have been no cases reported among staff and the prison has commenced testing of all prisoners and staff in line with the IPS’ national infection control policies. A second round of testing will be carried out after seven days to provide an “assured response” and a “more comprehensive result”, said the IPS.

An outbreak control team has also been set up at the centre to oversee the actions needed to prevent the further possible spread of the virus among prisoners and staff, said the IPS.

Loughan House Open Centre in Blacklion has capacity for 140 prisoners and operates as an “open, low security prison” for men aged over 18.

Families were told prisoners would be allowed out of their rooms for showering and had also been provided with Netflix for “some entertainment in the evening” while phone calls would continue as normal.

It was reported on Monday that five cases of Covid-19 had been confirmed among prisoners at Wheatfield Prison following mass testing while a number of cases were also identified among staff.

In the first wave of Covid-19, none of the 3,700 prisoners in the State’s jails contracted the virus, but by December 2020 that number had risen to 22 with cases confirmed in the Midlands and Mountjoy Prison.

The IPS has called for prisoners to be among the first to receive the vaccination.

In-person visits to prisons that were due to take place after Christmas Eve were cancelled on December 22nd following the rise in Covid-19 cases and the reimposition of Level 5 restrictions. All physical visits arranged for over Christmas were cancelled and family members were advised to contact the prison to rebook a video slot.