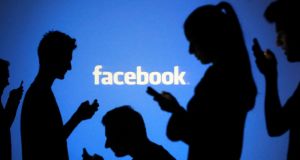 Monaghan Circuit Court awarded €75,000 in damages against a man who posted a defamatory comment on Facebook. Photograph: Dado Ruvic/Reuters

Last Thursday, Judge John O’Hagan of Monaghan Circuit Court awarded €75,000 in damages against a man who had posted a defamatory comment on Facebook. He went on to warn people posting messages on social media “to be very careful”.

So is this the start of a new legal regime for social media users?

In terms of defamation law, there has been no change. The law has never distinguished between a defamatory comment made online or in print: both are equally unlawful.

However, the case does highlight the increasing extent to which complaints about social media posts will now be pursued through the courts and how seriously courts will view them.

In earlier years, practical difficulties in taking online defamation claims meant they were often not pursued. There was also the view, wrongly, that the usual rules didn’t apply online and in social media. As a result, people posting on social media often felt they were doing so with impunity.

It was as recently as 2010 that the first reported payment of damages for a blog arose, when a blogger apologised and reportedly agreed to pay €100,000 to a senior civil servant and his partner for defamatory comments.

Last January, Independent MEP Luke Ming Flanagan apologised in court for a comment he had posted on his Facebook page about a Fianna Fáil politician. Details of the settlement were not disclosed.

In England, Lord McAlpine took libel actions against a number of Twitter users in 2012, including comedian Alan Davies and Sally Bercow, wife of the speaker of the House of Commons. In both cases McAlpine was paid damages and received an apology.

The legal risk for social media postings is not just defamation. Posts about ongoing legal proceedings run the risk of contempt of court.

Dominic Grieve, attorney general at the time in the UK, issued a number of warnings to Facebook and Twitter users in 2013 about contempt of court and issued advisory notes to prevent social media users from committing contempt. The same risk of contempt of court applies here.

Thursday’s case in Monaghan shows that courts in Ireland will certainly take a serious view of social media postings.

The decision of Judge O’Hagan to award the maximum damages allowable under the Circuit Court jurisdiction marks the seriousness with which he viewed the damage caused to the plaintiff in the case.

His warning to be careful when posting social media messages is salutary. The view that one can comment online with impunity is simply wrong. Those who comment do so at their peril.