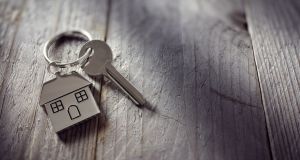 WRC said letting agent’s statement that the landlord was looking for a couple ‘were sufficient to establish a prima facie case that prohibited conduct took place’. Photograph: iStock

A Dublin-based estate agent has been ordered to pay €3,000 to a single mother having been found to have discriminated against her lone status in the renting of an apartment.

The Workplace Relations Commission (WRC) ordered an estate agent to pay the equivalent of two months’ rent to the woman after telling her that the landlord was looking for a couple for the property.

The woman claimed she had been discriminated against under the Equal Status Act on the grounds of her being a single mother and not in a relationship. No parties are named in the WRC report.

During the spring and summer of 2016 the single mother and her toddler were looking for somewhere to live and told the WRC that this proved to be exceedingly difficult.

She said she spent many hours on a number of days emailing letting agents and landlords about rentals.

On April 17th last she saw a two-bedroom apartment for rent and emailed the letting agent to says she was interested.

She said she was a “single mum with one toddler. I’m looking to rent using the Housing Assistance Payment scheme, which means rent is paid directly to the landlord’s bank account from Dublin City Council. Could you let me know if this would be agreeable. Thank you.”

In reply, the estate agent stated: “HAP is acceptable but the landlord is looking for a couple here, I’m afraid. Apologies on this.”

On receiving this email, the woman took it that there was no point in pursuing the apartment.

The WRC’s report states that “for her the message was clear; the landlord wanted couples only, and she, as a single mother, had no chance of getting the apartment; the email was a ‘firm no’, a ‘flat refusal’ and in her opinion to say anything else is ‘ridiculous’.

For her, this was a case of a one-parent family being refused access to housing.”

The woman did not believe the letting agent’s attitude related to affordability, and in fact she is now living in accommodation that has the same monthly rent.

The estate agent strongly denied discrimination, and the company representative interviewed the author of the emails and said that there was no intention to discriminate.

The estate agent’s representative said they do not discriminate at all and that they rent to lots of different people.

The representative pointed out that in more than 20 years business they had never had a case taken against them on such grounds and that they simply do not discriminate.

The WRC said those words used by the letting agent that the landlord was looking for a couple “were sufficient to establish a prima facie case that prohibited conduct took place”.

In his report, WRC adjudication officer Roger McGrath said: “Whether conscious or unconscious, these words are stark. The addition of the word ‘apologies’, in my view, only serves to bring closure to the communication.

“The message is clear; couples are fine, single people are not wanted. It would seem the complainant was treated less favourably than a couple would have been in these circumstances.”