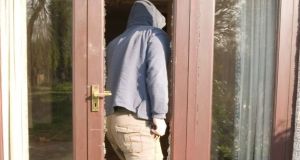 While the number of homicides have fallen, crime rates have now surged quite significantly for many other types of offences. Photograph: iStockphoto

The Republic’s crime rate has increased significantly over the last year, with all crime rising expect homicides.

The number of homicides - which include all unlawful killings - decreased by 22 per cent in 2017. There were 71 homicides during the year, compared to 91 in 2016.

However, in what will be a very worrying trend for Government, crime rates have now surged quite significantly for many other types of offences.

The Central Statistics Office (CSO) has also cautioned that it is releasing the figures for last year “under reservation”. That warning is unprecedented.

Twelve months ago the CSO stopped publishing any new crime data because problems emerged with the homicide figures.

It has now agreed to recommence publication but with the warning that it is not satisfied with how crime is being recorded on the Garda’s computerised Pulse database. It is from Pulse that the CSO gets raw crime data for compiling into the State’s official quarterly and annual crime statistics.

Senior CSO statistician Olive Loughnane said while her agency had agreed to begin publishing crime data again, it was not satisfied with the raw data it has been given by the Garda.

“Pulse data is now subject to a number of separate ongoing quality reviews and does not currently meet the CSO’s standards for completeness and accuracy,” she said.

That review is examining crime since 2003. It is taking place within the Garda and the results of the review are not expected to be finalised for at least six months.

It means the crime figures for last year, and crime data that will be published in the months ahead, should be treated with caution and is liable to be revised at some point.

The figures published today for crime trends last year show crime is up. This follows a sustained pattern of many offences declining during the decade-long period of recession.

Sexual offences increased by 17 per cent and fraud and related offences were by 23 per cent; both the highest increases.

Crimes associated with gangland have also risen; drug crime by five per cent and weapons offences - which includes gun crime - is up by 11 per cent.

Some Garda sources said increased disposable incomes have seen excessive drinking and also drug taking. Some of the increases in crime recorded last year are linked to the rebounding economy in that way, the sources suggest.

Garda sources also point to the fact that because Garda numbers are increasing and the overtime budget has also increased, there is more Garda activity on the streets. And they believe this has resulted in more crimes coming to the attention of the Garda.

However, those explanations are anecdotal and the CSO does not provide any commentary on why crime is increasing.

Separately today, the CSO also released revised figures for the number of homicides committed between 2003 and 2016.

Those revised figures show the Garda had under-recorded homicides by 18 per cent during that period, or by 234 cases.

The majority of the new homicides are cases of dangerous driving causing death that should have been recorded as homicides at the time. Instead they were recorded as speeding, drink driving and other motoring crimes.

The Garda had also underestimated the number of manslaughters committed in the State over the 14-year period by 44 per cent.

The Garda had recorded 94 manslaughters in the period under review. But the revised figure is 135.

It had also initially recorded 504 cases of dangerous driving causing death but the revised figure is 700; a difference of 196 cases.

And when the wider review of crime classification now underway within the Garda is completed, further changes are expected.