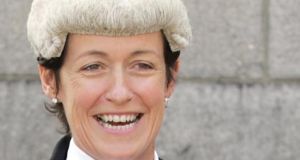 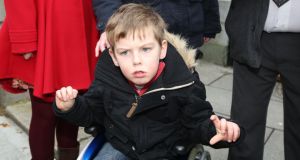 A High Court judge has approved an €8.5 million settlement for a six-year-old child with cerebral palsy after describing as “highly regrettable” the HSE’s five-year delay in admitting liability for the injuries suffered due to negligence in the child’s birth at Waterford Regional Hospital.

Ms Justice Mary Irvine said she rarely made remarks about the conduct of a defendant in defending a case but this was the second case before her this week where the HSE had delayed in admitting liability, causing additional stress and fear for the children and families involved.

It was, to say the least, “highly regrettable” the HSE, for whatever reason, had delayed for some years before admitting liability, the judge said.

She made the comments when approving, after an 11-day hearing to assess damages, the €8.5 million settlement for Dylan Gaffney Hayes, Kilcohan Park, Waterford, who suffered serious injuries and cerebral palsy over admitted negligence in his birth in July 2007.

In a statement after the ruling, the child’s parents were very critical of how the case was handled by the HSE and State Claims Agency, alleged “games” were being played and complained the HSE “have not had the decency to apologise to us”.

Dylan’s mother Jean Gaffney had before his birth requested a Caesarean Section delivery as her first child, Shauna, was born by emergency section for foetal distress after 51 hours labour while her second pregnancy ended in miscarriage after 12 weeks gestation. She said she was dissuaded from doing so by her obstetrician and other agents of the HSE.

Her counsel Liam Reidy SC said she was told it would be a “feather in her cap” if a normal vaginal delivery was achieved.

This occurred despite an ultrasound scan of July 20th 2007 indicating Dylan weighed some nine pounds four ounces, considerably bigger than Shauna whom she had been unable to deliver vaginally, she said.

Ms Gaffney went to Waterford Regional Hospital on July 20th 2007 as she thought her membranes had ruptured and was given an antenatal appointment for July 25th. She went into spontaneous labour on July 22th and was readmitted to hospital in the early hours when oxytocic was administered. It was claimed the administration of oxytocic and advice to commence pushing at 2pm was entirely unacceptable and inappropriate and a Caesarean should have been performed.

When Dylan was born at 2.39pm after an emergency caesarean, he was floppy, it was claimed. It was also alleged there was no paediatrician present at delivery and this led to a further delay in Dylan receiving adequate resuscitation.

The HSE had admitted liability last year but the hearing to assess damages continued over 11 days until a settlement was reached and approved today by Ms Justice Irvine who met with Dylan and his parents, Jean Gaffney and Thomas Hayes, and paid warm tribute to the parents for their dedication to his care.

Dylan’s parents Jean and Thomas are his full time carers and, in the five years until liability was admitted by the HSE, had tried to provide for his needs on their own, the court had heard. Mrs Gaffney had significant injuries following the birth but that legal case had been resolved, the court previously heard.

The lump sum settlement was sought in the absence of the necessary legislation providing for a system of periodic payments to meet the lifelong care needs of the catastrophically injured.

In a statement after the ruling, the child’s parents said they were delighted their “long fight” is over but criticised the delay in admitting liability. This happened although they were told by their obstetrician years ago there would be “no cover up”, they said.

The parents said their solicitors wrote to the state Claims Agency in June 2009 setting out the results of independent medical reports related to Dylan’s injuries which concluded those injuries arose due to mismanagement of his mother’s labour. Dylan’s condition could have been avoided totally if the labour was managed appropriately, they said.

To their horror and surprise, the State Claims Agency later put in a defence “denying everything”, they said. They could not understand why this was so and, three years later, it had taken 11 days of hearing to reach this settlement of €8.5 million.