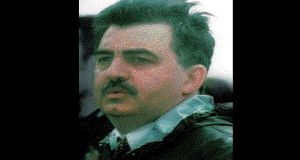 Seamus McGrane (63), from Dromisikin in Co Louth, has been jailed for eleven and a half years for directing the activities of a terrorist organisation which plotted an explosion during the State visit of Britain’s Prince Charles two years ago. 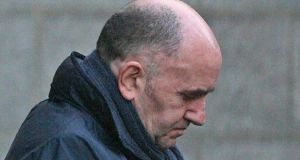 A 2008 file photograph of Real IRA leader Michael McKevitt, who was released from prison in 2016 after serving a sentence for directing terrorism. Photograph: Niall Carson/PA Wire 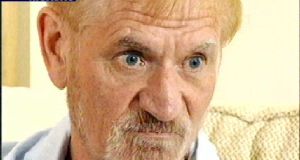 James Monaghan, one of the so called Colombia Three

Dissident republican leader Seamus McGrane was bugged by gardaí as he plotted in a well-known Dublin pub with another man to carry out an operation involving explosives during the run-up to the State visit of Prince Charles two years ago.

The Garda National Surveillance Unit planted a sophisticated listening device in the snug of the Coachman’s Inn on the Airport Road, which recorded conversations between McGrane — a former founder of the Real IRA — and engineering graduate Donal O’Coisdealbha.

McGrane (63), from Dromisikin in Co Louth, who was jailed on Thursday for jailed for eleven and a half years, is only the second person to be convicted of directing a terrorist organisation in the State.

His former colleague and fellow founder of the Real IRA Michael McKevitt was jailed for 20 years in 2003 for directing terrorism between August 1999 and October 2000. He was released from prison in 2016.

The Special Criminal Court heard that McGrane was leader of a splinter dissident group formed in 2008, known as Óglaigh na hÉireann, that was not “the same organ” as McKevitt directed and acted “in a different capacity”.

During McGrane’s trial at the Special Criminal Court, during which there was no cross-examination of prosecution witnesses, the court heard recordings of the conversations between McGrane and O’Coisdealbha in April 2015.

McGrane told O’Coisdealbha: “Go with whatever plan you wish. I think he’s coming on the 19th (a reference to Prince Charles).”

Stressing the need for the plan to be executed properly, McGrane continued: “I don’t like an embarrassment.”

The two men were heard in the recording of April 19th discussing a location “around 400 metres from the target”.

Detective Sergeant Padraig Boyce said that the location being discussed was approximately 400 metres from the Cross of Sacrifice, a monument in Glasnevin Cemetery commemorating British and Irish soldiers who fought in the first World War.

The two men were also recorded discussing a bomb found on a train line in Northern Ireland in February 2015 and an attack on MI5 Headquarters in London in April, 2010.

Veteran republican McGrane joined his former colleague in the Provisional IRA, Michael Mc Kevitt, at the formation of the Real IRA at a meeting in a remote farmhouse near Oldcastle in Co Meath in November, 1997.

The two had resigned from the Provisional IRA, where McKevitt was quartermaster general, when the terrorist organisation decided earlier that year to begin decommissioning of their arsenal.

At the formation meeting of the Real IRA, McGrane was appointed director of training for the new dissident organisation. McGrane had been convicted of IRA membership in 1976 but had not been imprisoned since then.

A former member of the Provisional IRA executive, McGrane personally oversaw the training of new volunteers in the Real IRA.

It was during one such training session that he was arrested when the Emergency Response Unit surprised a group of ten men and boys at a remote farm near Stamullen in Co Meath in October 1999.

The group which included Alan Ryan, the Real IRA leader who was shot dead in Dublin in 2012, were weapons training in a disused underground cellar. Gardaí discovered an assault rifle, a sub-machine gun, a pistol and a rocket launcher and ammunition in the cellar.

McGrane was jailed for four years by the Special Criminal Court in 2001 after he pleaded guilty to training others in the use of firearms.

Donal O’Coisdealbha was a significant recruit for the dissident republican terrorist group.

Although he never came to the attention of the gardaí, his father’s background as a former leading Provisional IRA figure, combined with his technical skill and clean record, made him a natural for recruitment by the dissident republican groups who pose the biggest threat to security, north and south of the border.

Security sources stress that he was not “radicalised” by any outside influence but was easily influenced by older militant republicans because of his natural sympathy for physical force republicanism.

His father, James Monaghan, was one of the so called Colombia Three who was arrested in Colombia in 2001, convicted of training FARC guerillas in bomb making and who fled to Ireland in 2004.

Monaghan escaped from the Special Criminal Court following a bomb explosion there in 1976 and was alleged to be the head of engineering of the Provisional IRA, where he gained the nickname “Mortar” Monaghan.

O’Coisdealbha never came to the attention of the gardaí who regularly monitor new faces in the ranks of the dissidents, but he was soon active in radical causes.

He also took part in the riots in Dublin’s O’Connell Street, which followed the planned Love Ulster parade in the city in 2006 and he was drawn in to the company of dissident republicans and in particular McGrane, who cultivated him because of his technical expertise as a trained engineer.

One security source said of O’Coisdealbha: “He was never on the radar of the gardaí, but he was a big find for the dissidents because he had the sort of technical knowledge they crave to make explosive devices.”

Since his jailing last year, O’Coisdealbha has been on the landing in Portlaoise Prison reserved for the so called New IRA.

This grouping, which is regarded by security forces north and south as the most dangerous threat to security in Ireland, is made up for former Provisional IRA members in the North, members of the Real IRA and other dissidents who never accepted the mainstream Provisional IRA’s strategy.

Members of the so called New IRA were believed to have been behind several bomb and gun attacks and to have murdered Northern Ireland prison office David Black in 2012 and the murder of PSNI Constable Ronan Kerr near Omagh, Co Tyrone in 2011.