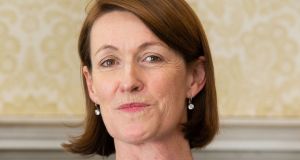 The State has agreed to pay the legal costs of an unsuccessful High Court action by 10 elected Senators who contended a new Seanad can convene and pass legislation before an incoming taoiseach has nominated 11 of its 60 members.

The action was initiated in mid-June and was fast-tracked due to uncertainty about the legal position and about whether a government would be formed in time for an incoming taoiseach to appoint senators. This was needed to renew important legislation due to lapse at midnight last Monday, including provisions of the Offences Against the State Act.

The case was heard last week over 1½ days. In its judgment on Monday, a three-judge High Court agreed with the Attorney General that a first meeting of a new Seanad can only lawfully take place with its full membership of 60, comprising 49 elected members and 11 nominees of an incoming taoiseach. In their judgment, High Court president Ms Justice Mary Irvine, Mr Justice Denis McDonald and Ms Justice Niamh Hyland noted the case concerned constitutional issues of “exceptional public importance”.

When the matter returned before the court on Thursday to address costs issues, John Rogers SC, for the plaintiffs, said an agreement had been reached on costs. Conleth Bradley SC, for An Taoiseach, Ireland and the Attorney General, said the agreement was for costs to be paid on a party-party basis with the amount to be adjudicated in default of agreement.

Ms Justice Irvine noted the outgoing taoiseach had indicated in a letter of June 10th last to solicitors for the plaintiffs that an “important point of law” had been raised by them “that needs to be clarified due to the fact that necessary legislation may need to be enacted in the coming weeks”.