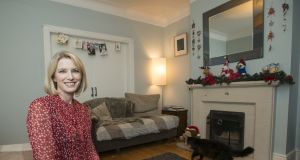 Restaurateur Ronan Ryan and his former Miss Ireland wife Pamela Flood, had never heard of the personal insolvency regime when they both signed a consent agreement to give back their Dublin home, the High Court heard on Monday.

Mr Ryan had appealed against Judge Jacqueline Linnane’s Circuit court order allowing so-called vulture fund Tanager to re-possess their home on Mount Prospect Avenue, Clontarf, even when he had insolvency court protection from every one of his creditors.

The full appeal was heard on Monday before Mr Justice Garrett Simons who told Tanager’s legal team, led by barrister Rudi Neuman, that the court wanted to know exactly how much the fund had paid for the debt against Mr Ryan’s mortgage. Mr Neuman said the court would be supplied with that information.

Mr Neuman told the judge that if the courts were not prepared to enforce consent agreements there would be a significant reluctance on the part of litigants to enter such arrangements. A stay on Tanager moving against the home of Mr Ryan, his wife and four children, will remain in place until Judge Simons gives his judgment early next month.

Barrister Keith Farry said Mr Ryan’s failure to inform the special insolvency judge dealing with his application that there was a consent possession order in place, would not have adversely affected the granting of a Protective Order under the personal insolvency legislation. The lack of such information was not material to the application.

Mr Farry, who appeared for Mr Ryan, said he should have been advised years ago of the existence of the insolvency legislation and the use of this method in dealing with all of his indebtedness.

The court heard that in separate proceedings Tanager had appealed the decision of insolvency Judge Verona Lambe to vacate her decision to grant the Protective Certificate which granted Mr Ryan 70 days protection plus a possible further 80 days by agreement of the insolvency court.

Mr Ryan, in his affidavit, told the court that since re-possession proceedings were issued in February 2016 he had, on three occasions co-operated with the several banks that had owned his mortgage debt to sell his house. He had even vacated the property to allow viewings.

He said that prior to Judge Linnane’s March 8th order granting Tanager consent possession, his then legal team had negotiated the deal after having advised him he had no defence. They had not advised him of the personal insolvency legislation. It had been due to a friend noticing widespread publicity of his case that had led to his knowledge of insolvency.

Mr Ryan told the court that is all of his dealings regarding the sale of his home he had been told by banks that repayment of monthly instalments were unnecessary. He had expressly been told repeatedly “we just want the asset,” that the repayments were irrelevant.

He said he was now in a position to make his monthly repayments and had been paying €3,700 a month since March last. He wanted to save his home and he and his wife had signed the consent possession agreement because they were not aware of any other option available to them. Non-payments had never been a strategic intention on his part. So eager were his creditors to realise the asset that they agreed to no payments, offered to write down his €1.2million debt and pay him removal expenses.

Judge Simons will give his judgment on October 7th.