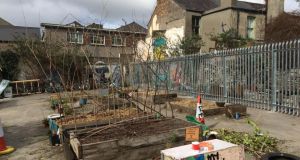 A squat in Dublin city where the property’s receiver has indicated he will seek jail for the residents who are refusing to move out.

A number of people are still occupying a premises in Grangegorman, Dublin, which was the scene of an incident in March involving alleged squatters and workers sent in by a receiver to take over the buildings, the High Court heard.

Receiver Luke Charleton may apply within days for the committal to prison of those still in occupation for alleged contempt of court orders. An appeal against a High Court decision ordering the premises be vacated is listed for May 14th in the Court of Appeal.

The court previously heard, that since they moved in, the occupants had established a garden where they grow food, run an art gallery space, cafe space, and a circus workshop.

The property had been home for some people for the last two years and a number of people would be rendered homeless if the receiver’s application was granted, it was argued.

Last March, the High Court ordered the properties at Lower Grangegorman and North Brunwick Street be vacated by Monday May 4th so that Mr Charleton, who was appointed by Nama, could sell them to meet an unpaid debt of €21.9 million owed by businessman Paschal Conroy.

After a hearing, Mr Justice Paul Gilligan ordered the three, and all others with notice of the orders, to vacate the buildings by May 4th.

When the case returned before the judge on Tuesday, he was told by Graham O’Doherty, solicitor for the receiver, regrettably, there were still a number of people in the property.

The solicitor said Mr Sutherland had lodged an appeal against the High Court’s order that the properties be vacated by May 4th and that case was listed for May 14th. A stay on the vacation order pending the outcome of the appeal had not been obtained, he said.

Mr Ná Hearadh said they had not applied for a stay so as to facilitate talks with the receiver.

Mr Justice Gilligan said, as there was no stay, his March order is valid. A previous stay of more than a month on execution of that order until Monday seemed “more than fair”, the judge added.

Mr O’Doherty said he would be bringing a further application arising out of the alleged failure to vacate.

The judge said that was a matter for the receiver but he would first have to apply to the court for permission to bring such an application at short notice. That would provide an opportunity over the next two or three days for negotiations to take place, he said.