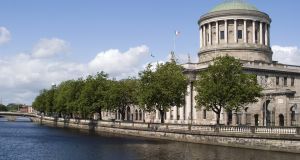 A jury hearing to decide whether the man should be brought into wardship, listed for next week, has now been deferred pending the challenge. Photograph: iStock

A man with acquired brain injury who objects to being made a ward of court has brought a challenge to the constitutionality of the High Court’s wardship jurisdiction.

A jury hearing to decide whether the man should be brought into wardship, listed for next week, has now been deferred pending the challenge, the outcome of which has potentially significant implications for the wardship system.

The HSE had petitioned for an inquiry into whether the 60-year-old man should be made a ward of court arising from concerns, including that he might be prone to financial exploitation. He had received substantial monies arising from a fall some 10 years ago which lead to his acquired brain injury.

He now lives in the community with his wife and is attending a GP and hospital, the court heard.

A court appointed medical visitor had concluded he is of unsound mind and lacks capacity to manage his person and finances as a result of being cognitively impaired secondary to acquired brain injury.

On Wednesday, Ciarán Craven SC told High Court president Mr Justice Peter Kelly he had been instructed to take proceedings on behalf of the man challenging the constitutionality of the entry requirements for wardship. Those proceedings challenge both the High Court’s wardship jurisdiction and the exercise of that jurisdiction.

The man claims wardship is an unfair and unconstitutional system to which he ought not be subject, counsel said. No immediate issues arise concerning the man’s welfare and the capacity findings are disputed with a medical report awaited in that regard, he added.

His side wanted the wardship hearing adjourned pending the constitutional case of which the Attorney General was on notice, he said.

This is a similar but “less complex” case than a separate challenge by an intellectually disabled man to the constitutionality of a ban on his civil legal marriage and the High Court’s wardship jurisdiction , counsel added.

Maireád McKenna BL, for the HSE, said it was ready to proceed with the wardship hearing next week, had no notice of the adjournment application, and was “very much in the dark” about the constitutional challenge.

The man now has professional legal representatives who believe the course of action they have adopted is appropriate and there are no immediate welfare issues concerning him, she said.

The HSE, which had acted at all times in his best interests, was in the court’s hands concerning the adjournment application on which it had “no strong view”.

Mr Justice Kelly said he was “very surprised” at the HSE’s “extraordinary” stance on adjournment when it had brought the petition for wardship.

The medical visitor was asked to assess the man because the HSE had written to the court expressing concern about his capacity to look after his affairs, he said. The medical visitor had concluded the man was of unsound mind as a result of cognitive impairment secondary to brain injury and is incapable of managing his person and finances.

The HSE is the statutory body with obligations to vulnerable people and he would have thought it would be anxious to address the situation identified by the medical visitor, the judge said.

The wardship trial would have either decided the man had a well founded objection to wardship or he lacked capacity, he added.

The HSE had voiced no real opposition to the wardship hearing being adjourned and the court has no role in interposing itself between a statutory body, the judge said. He would grant the adjournment which effectively meant indefinitely postponing the wardship proceedings as a High Court hearing could take nine to 12 months and there was likely to be an appeal or appeals.