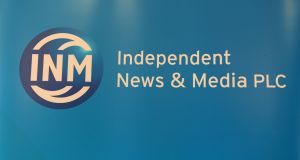 Seven members of the board of Independent News & Media (INM) have filed sworn statements in response to an application by the corporate watchdog to appoint inspectors to investigate the conduct of the media group’s affairs.

Seven members of the board of Independent News & Media (INM) have filed sworn statements in response to an application by the corporate watchdog to appoint inspectors to investigate the conduct of the media group’s affairs.

A former director, Jerome Kennedy, and INM’s IT director in Ireland, Gerry Wilde, have also sworn affidavits, according to the Court Service website.

All nine affidavits were filed in the High Court’s central office this week. Seven were filed on Tuesday while those from Mr Connolly and Mr Wilde were filed on Wednesday.

The High Court was told on Monday that INM is opposing the application by the Director of Corporate Enforcement, Ian Drennan, for the appointment of two inspectors to investigate whether INM’s affairs have been conducted in an unlawful manner or one unfairly prejudicial to some part of its shareholders.

Mr Drennan says he is concerned the range of “potentially unlawful conduct” that may have taken place within INM is “extensive” and contends there is a “compelling public interest” for inspectors to be appointed.

INM, which employs more than 870 people, is opposing inspectors and is also seeking judicial review of the application by Mr Drennan, made following a year long investigation by his office arising from protected disclosures in 2016 and 2017 made by INM’s former bhief executive Robert Pitt, and a 2016 protected disclosure by the firm’s chief financial officer, Ryan Preston.

INM argues, given the impact the appointment of inspectors would have, it should have had been given notice of the director’s intention and an opportunity to make submissions before the application was brought.

It claims its rights to fair procedures and natural and constitutional justice were breached and wants orders quashing the ODCE decision to seek the inspectors’ appointment.

INM has also said it is co-operating with the Data Protection Commissioner in her investigation into alleged data protection issues.

The President of the High Court, Mr Justice Peter Kelly, has directed the judicial review matter should be heard on May 9th. He will continue making orders in the interim aimed at progressing the ODCE application which can proceed only if INM loses the judicial review.

The judge will decide next Tuesday, unless the parties resolve the issue beforehand, whether certain material contained in Mr Drennan’s detailed affidavit, filed on March 23rd, is legally privileged.

INM says it had an agreement with the ODCE concerning the use of certain material and maintains some of it should not have been included in the affidavit.