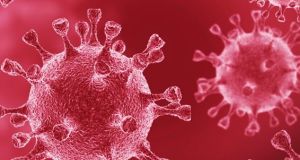 A 20-year-old man has been fined €250 for breaching coronavirus regulations by attending a house party during lockdown.

Gardaí received a report of a large house party in full swing at Cnoc an Oir, Rahoon, Galway City, at 3am on May 18th last year and found numerous people there whom they directed to leave the area.

Brooklyn Gill, of Claremont Park, Rahoon, who was highly intoxicated, was one of those told to leave the area. He did so but returned a short time later and was observed by gardaí climbing a wall. They noted his speech was slurred and he was advised he was in breach of coronavirus regulations, Sgt Cathal Rodgers told Galway District Court.

Gill further pleaded guilty to breaching the peace, by engaging in threatening, abusive and insulting words or behaviour on July 19th last year at Claddagh Quay, where a garda overheard him shouting and being extremely abusive to pedestrians and motorists. Judge Marie Keane fined him €100 for that offence.

“He’s working in Supermac’s on the minimum wage,” Mr Gilmartin said before applying to the court for free legal aid for his client.