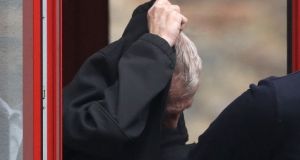 A 50-year-old man has appeared in court charged with impeding the apprehension or prosecution of another person in connection with the death of Drogheda teenager Keane Mulready-Woods (17).

Gerard McKenna with an address at Rathmullen Park, Drogheda faced a single charge when he appeared at Drogheda District Court on Friday.

The charge put to Mr McKenna alleges the offence took place on a date unknown between January 12th and 14th, 2020 in the vicinity of 31 Rathmullen Park. “Whereas another person having committed an arrestable offence, namely the murder of Keane Mulready-Woods, you knowing or believing that the said person to be guilty of the said offence or some other arrestable offence, did without reasonable excuse an act with intent to impede the apprehension or prosecution of the said person”, the charge read.

When the case was called at Drogheda District Court, Det Sgt Peter Cooney gave evidence of charging Mr McKenna at 9.15pm on Thursday.

In reply to the charge, after caution, the court heard McKenna said, “no thanks no”.

Solicitor David Thompson said there was no application for bail and court presenter, Garda Sgt Ray Brady, asked for him to be remanded in custody to Cloverhill District Court sitting on the March 5th.

Sgt Brady asked that gardaí be given 48 hours’ notice of any bail application.

Judge Eirinn McKiernan directed he receive any necessary medical attention while in custody. She remanded Mr McKenna in custody to appear at Cloverhill District Court on the March 5th at 10.30am.