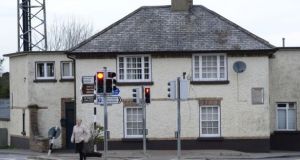 Speaking at a Dún Laoghaire-Rathdown Joint Policing Committee meeting, Mr Harris said the station would run a “full operational 24-7 policing service”, albeit the office would only be open to the public 7am-9pm daily.

One sergeant, 15 gardaí and a roads policing unit will be assigned to operate from the station, he said.

Mr Harris said last September that the station would not be open to the public on a 24-7 basis and that any activity around the clock would be down to the Garda’s roads policing function being based in Stepaside. Garda members involved in roads policing could “come and go” from the station at any hour, he said.

Outgoing Minister for Transport Shane Ross, who lost his seat in the general election, was closely associated with the campaign to have the station reopened.

The reopening of the Stepaside brings to 567 the number of operational Garda stations around the country.