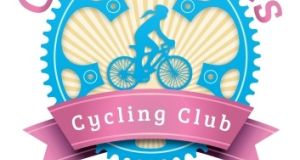 A 64-year old driver’s face was “red with rage” moments before his car collided with a member of the Clare Ladies Cycling Club last May, Ennis District Court has heard.

Judge Patrick Durcan on Monday banned John Conlon, of Pitfield, Lissycasey, from driving for two years after his car collided with a cyclist’s bicycle on May 17th last.

Judge Durcan said the evidence heard from six cyclists who witnessed Mr Conlon’s car zig-zagging across the road between Lissycasey and Ballynacally was very consistent.

He said there was a blinding sun in the sky and Mr Conlon did not take sufficient care and should have stopped the car if the sun was affecting his driving.

Members of the Clare Ladies Cycling Club said that Mr Conlon swerved twice towards a group of seven cyclists.

In evidence, Mr Conlon denied this stating that it was “complete lies”.

In evidence, Mr Conlon denied saying this or colliding with Ms Lynch’s bike.

Ms Hally said that all of the cyclists were travelling in single file.

“We were very much in shock. He could have hurt someone.”

Another cyclist who gave evidence, Áine Taaffe said that Mr Conlon’s face was red with rage as he headed towards the cyclists.

In evidence, Mr Conlon said that there was no chance that he hit a cyclist. He also denied swerving towards the cyclists.

Mr Conlon said there was a blinding sun in the sky but that he was not blinded by it. He said that he was only doing 35km/h at the time.