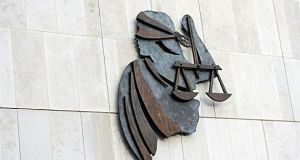 The trial of a man accused of raping a woman he met in a nightclub has ended following his death.

The 29-year-old accused had pleaded not guilty at the Central Criminal Court to raping and sexually assaulting a woman at his then address in Dublin on December 23rd, 2016.

On the sixth day of the trial on Tuesday , Mr Justice Alex Owens told the jury that the defendant had not attended court on the previous day and that inquiries were made.

He said that he regretted to say that the accused man is dead. He said it was not necessary for the jury to further consider the trial or arrive at a verdict.

The judge said this was “an illustration of how stressful these cases can be” for the witnesses, accused, counsel and jury. He said the identities of those in the trial remain “undisclosable” and that remains the position as the jury has not reached a verdict.

During the trial, the complainant told Caroline Biggs SC, prosecuting, that on the night in question she was socialising in Copper Face Jacks nightclub in Dublin when she met the accused man for the first time.

The woman, who is in her 20s, said that the accused man asked if she wanted to leave the nightclub with him and she agreed. She said they got a taxi together and arrived at his home in the early hours of the morning.

She said they began to have consensual sex in his bedroom. She said that during the sex he put his hands around her throat and began to choke her.

The woman said he was on top of her and she was struggling to breathe. She said she asked him to stop and he did not stop.

The woman said she brought the soles of her feet up to his chest and kicked him off of her. She said she noticed blood on the sheets which was not period blood and that she was in pain.

She said she told him that “no means no”. She said he replied “but you came back to my house” and she replied that was not a “blank cheque”.

The court heard that when interviewed by gardaí, the accused man denied the offences and described fully consensual activity.