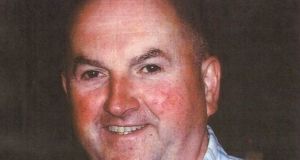 The accused (50) denied murdering Bobby Ryan but accepted he had an affair with Mary Lowry and fell in love with her.

The deceased (52). A father of two, musician, dancer, DJ and boyfriend of Mary Lowry. He went missing after leaving her house at 6.30am on June 3, 2011 and his body was recovered 22 months later in an underground tank just 60 metres from her home.

A widow and mother of three boys, she started an affair with Pat Quirke after her husband Martin died. She ended the affair and fell out with Quirke when she started dating Bobby Ryan.

Forensic entomologist. By looking at fly larvae on Bobby Ryan’s corpse he was able to reveal that the airtight tank containing the body had been opened for a short period in the weeks prior to Pat Quirke’s “discovery” of the body.

The senior investigating officer, O’Callaghan oversaw the gathering of evidence against Patrick Quirke and predicted that Quirke’s computer would contain searches for “body decomposition”.

He also recovered audio recordings on a hard drive of Quirke being intimate with Mary Lowry and another of Mary Lowry talking with her new boyfriend Flor Cantillon in 2012. The intimate recordings of Quirke and Lowry were not played to the jury. Mary Lowry told gardaí she did not give permission to be recorded and was “disgusted”.

One of the most significant features of the trail was the focus on the water-tank where Bobby Ryan’s body was hidden. It was 3.6 metres by 1.8 metres and 1.6 metres deep, according to engineer Michael Reilly.

At capacity it would hold 10,368 litres of water. On February 6th to 8th, 2014 Reilly poured water from the mains into the tank without interruption for two days and found that although he had pumped more than 21,000 litres in, the tank held at its maximum 4,212 litres. Over the two days it lost more than 17,000 litres because it was too porous to hold water. This was how gardaí undermined Quirke’s claim that he “discovered” the body when drawing water to agitate slurry in a shed.