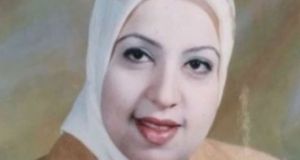 Maha Al Adheem (43) has admitted stabbing her son and told gardai that ‘a power’ had made her go to a drawer and remove a knife.

A doctor who stabbed her three-year-old autistic son to death in their south Dublin home has been found not guilty of his murder by reason of insanity.

Kuwaiti national Maha Al Adheem (43) said “I did it, I stabbed my son and then stabbed myself” when gardaí arrived at the scene.

A large amount of blood was observed on Dr Al Adheem’s hands and clothing before the boy’s body was found lying in the middle of a bed in the one bedroom apartment.

Omar Omran was stabbed 20 times, mainly to the trunk of his body. Four stab wounds had penetrated his lungs and heart, severing a vital artery. His cause of death was multiple stab wounds to his chest, abdomen and trunk as well as to his right thigh.

There were signs of defensive injuries to his right hand and a silver stainless steel knife was found at the top of the bed.

Dr Al Adheem told gardai in her interviews that “a power” had made her go to a drawer and remove the knife.

Dr Al Adheem, with an address at Riverside, Poddle Park, Kimmage, Dublin 12 had pleaded not guilty to murdering her son on July 10th, 2017 at the same address.

The defendant was unable to appreciate that what she did at the time was morally wrong and would have been unable to refrain from her actions, they said.

The doctor met the requirements for the special verdict of not guilty by reason of insanity, the court heard.

On the first day of the trial, defence counsel Anne Rowland SC made a number of admissions on behalf of her client including that Dr Al Adheem had inflicted stab wounds to the deceased and rang emergency services at 6.40pm on July 10th, reporting that her son was dead.

The body of Omar Omran was removed to the Mater Hospital and then to the city morgue where an autopsy revealed stab wounds, which were inflicted by Dr Al Adheem who had the requisite intention required by the Criminal Justice Act of 1964, the court heard.

The court was told that when gardaí informed her of the results of the postmortem, Dr Al Adheem replied: “I want to die, I want to die.”

The jury of nine men and three women spent one hour and 46 minutes deliberating before bringing in a unanimous verdict of not guilty by reason of insanity.

After they had delivered their verdict, Ms Justice Eileen Creedon thanked the jury for their care and attention to this very difficult case.

The judge exempted them from jury service for the next five years and wished them a happy Christmas.

Ms Justice Creedon then made an order committing Ms Al Adheem to go to the Central Mental Hospital and to be brought back before the court on Friday at midday.

The judge also directed the preparation of a psychiatric assessment by an approved medical officer.